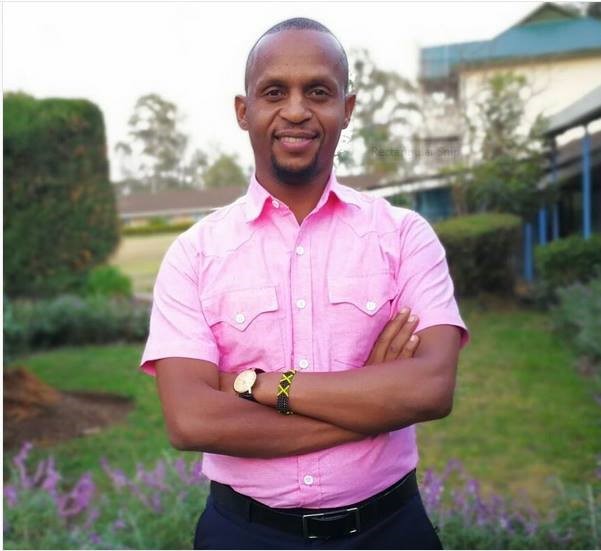 Born in 1977 in Buruburu Nairobi, TK Kitana commonly known as Teacher Kilunda for his role as the senior teacher on Tahidi High has entertained Kenyans on the television series over a decade now and was an actor there till the program came to an end due to the Covid-19 pandemic.

He relocated to Tala, Kangundo, Machakos county where he is a small scale business person owning a beauty shop and small scale farming. He says he doesn’t miss the city life as his sole purpose is to give his business his all and watch it thrive.

The father of one, a form four candidate says he feels it’s time he let the young crop of upcoming artists take over the industry but if one feels they have a role best suited for him he’s open to the idea since media is his life.

The lawyer from Arboretum College says he’s never practiced law but offers consultations once a while at no cost says he feels that’s the little he can give back to the community.

He now runs a youtube channel TK Katana where he’ll help the young actors from Kangundo to showcase their art and reach a wider audience.

His urge to the government is to invest in arts especially during this covid-19 times when actors are suffering since social gatherings were banned and they could majorly capitalize on that. He says that actors need to stay focused and invest while still on the limelight saying he bought his first car ever on his first year as an actor on Tahidi High.