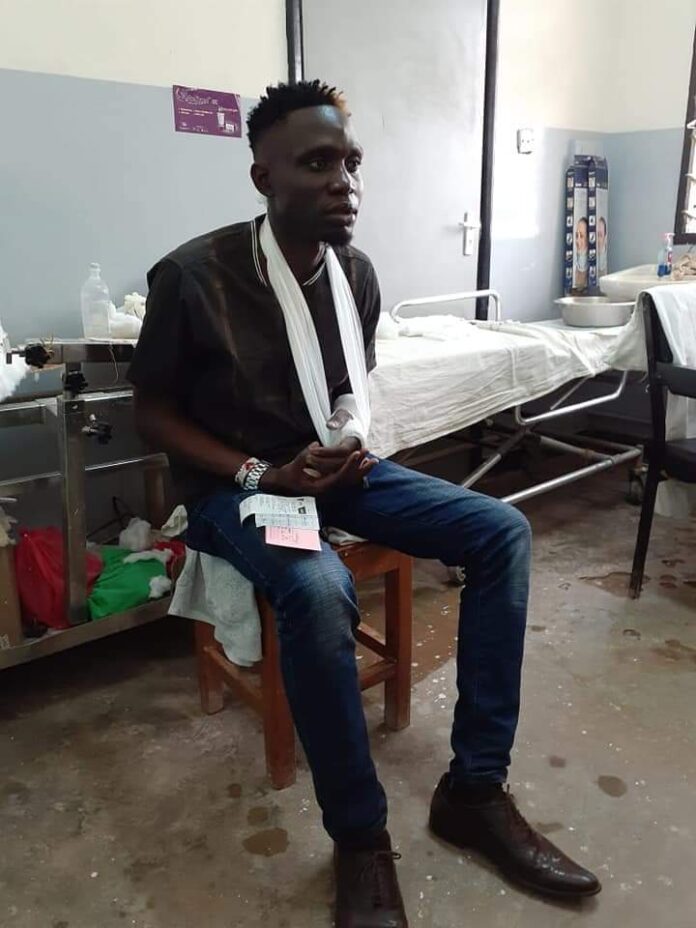 Local musician that was slapped by kimilili Member of parliament Didmus Barasa Has lost his voice.

It so happened that the MP had visited Lurare school that is Kamukuywa ward in his constituency, Kimilili Constituency where he was expected to commission five new classrooms built through National Government Constituency Development Fund.

However, the politician was taken aback when he discovered musician Steve Kay, born Stephen Masinde, and his colleague Ronald Graham Wafula had locked up the newly constructed classrooms.

According to Steve, the MP has refused to pay 3.4 M for the construction and was demanding payment before giving out the keys . The drama escalated and Barasa was caught on camera slapping Steve. 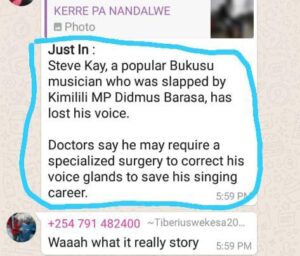