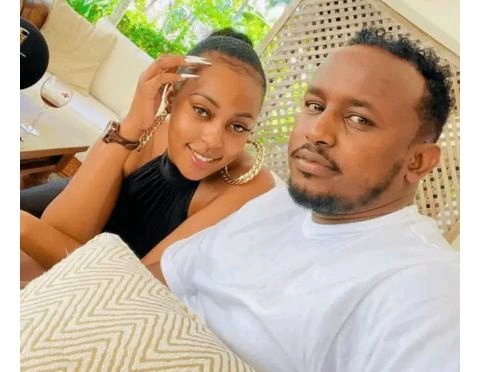 According to the mother of two, it was a big deal for Jamal to go back to his first wife Amira despite being castigated by the public for airing their dirty linen in public.

“I am glad Jamal and Amber Ray have broken up, not because I love breakups but because he has gone back to his family.” She said on Chats Spot

To which Joyce Maina responded

‘We all knew this second wife thing was a lie.

She did this with her previous relationship. Once she was found out she came out to say she was the second wife.”

Amber and Jamal made their relationship public early this year after photos of the couple in Mombasa for a vacation leaked.

The two have been public about their affair until recently when things took a downward turn.