Kenyans on social media were left with much to talk about after rumors about the award-winning and Gospel artist Daddy spread quicker than wildfires. It is alleged that the Gospel singer and his wife of over 3 years, Farida Wambui, broke up.

The celebrated artist walked down the aisle in an all-white wedding ceremony on April 2nd, 2016. The couple who had met at Java Cafe in 2012, celebrated their wedding anniversary just the other day, with Daddy Owen taking it to Instagram, posting a lengthy love message. However, in the post, the gospel artist confessed that their marriage was not as easy as their fans thought, but they were able to work out their differences 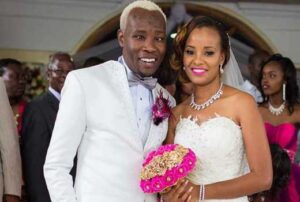 According to Mpasho.com, the Gospel artist is a heartbroken man after his wife left him for a rich hotel owner from Gilgil. It’s alleged that Farida Wambui, his wife, got engaged to the rich Tycoon in a posh hotel located in Naivasha.

According to Owen’s closest friend who seeks anonymity, the gospel singer knew his wife was away on a business trip but had no idea that the trip could end up as an engagement trip.

“He knew his wife was away on a business trip and had no idea what that relative was talking about. He traveled to Naivasha where he tracked down the couple and found out that the man who engaged his wife is a hotelier in Gilgil.”

According to the source, the singer is said to have feared for his life, an allegation that has left many with questions as to why will the singer develop fear to an extent of changing cars. Upon further interrogations, the friend added that he (Owen), has been depressed for three years now because of his marriage, which he says had hit the rock bottom a long time ago just after their union.

“As we speak, Daddy Owen fears for his life, he is in hiding. He changes cars and doesn’t sleep at the same place often.”

“For three years now, Daddy Owen has been depressed and it all came to a hilt when he was called by a family member who works in a posh hotel in Naivasha. The relative told him, he has just seen his wife get engaged to a rich tycoon and he was wondering what’s up?”

While the rumors may have been genuine,  it defies logic as to why Wambui would marry someone else while already married to Owen. Therefore, this could be just another publicity stunt, that Kenyan celebrities have been pulling off lately. 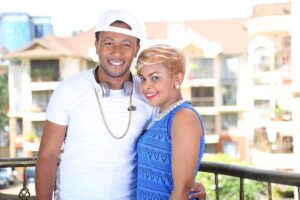 Dj Moh and Size 8 pulled the publicity stunt last October, with claims that he had cheated with a lady named Margaret Wanyama. The stunt saw the couple unfollowing each other on Instagram, only for it to end up a marketing strategy got their reality show, “Dine with Murayas”. 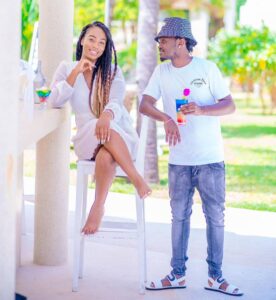 Adding to the list was gospel artist Bahati who pulled the same stunt alongside his wife Diana Marua. The couple also I followed each other and even deleted photos taken together, with Diana posting on Instagram saying, “Sometimes you have to unfollow people in real life. God bless my next chapter.”  It was later discovered that, the two were preparing their fans for a song dubbed “Mtaachana tu”

Do you think this part of the cheap celebrity stunts pulled by our local celebrities?

Akothee Claims That His Family Regard Her As A Member Of...

Why You Should Persevere Regardless