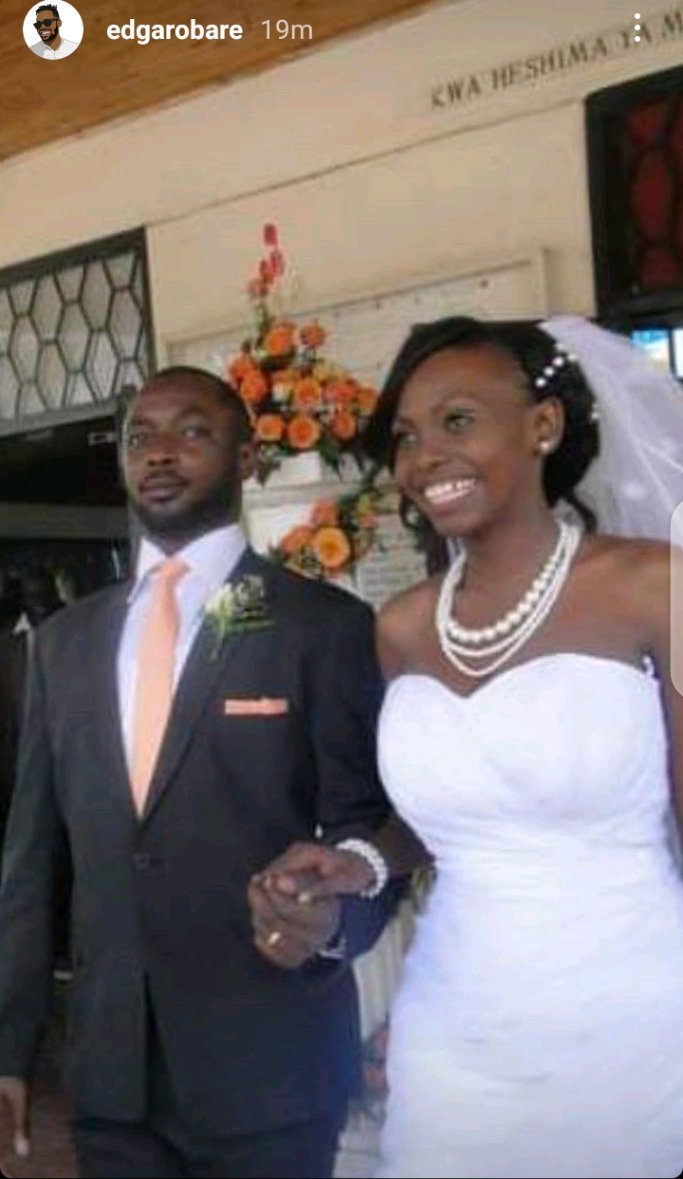 Nick Ndeda a Kenyan city lawyer has been trending for the better part of this week because of his relationship with Betty Kyallo going public.

The two love birds are even away to celebrate his birthday.

We all know Netizens can’t stop snooping around, some could not stop scrutinizing his life after this revelation.

One thing that came out is that the lawyer is married to a woman known as Jackie Atonga.

And according to an Exposé on Edgar Obare’s Page Nick and Jackie have been living separately because of allegations that the lawyer has infidelity issues.

The two might be separated but they are not divorced yet meaning he is cheating with Betty Kyallo.

Most people believe that he is targeting the media personality because she will give him the publicity he needs to run for public office as he wants to become a politician.

The lawyer has two children with his wife and he is named a deadbeat dad.

Here are some of the evidence posted by Obare. 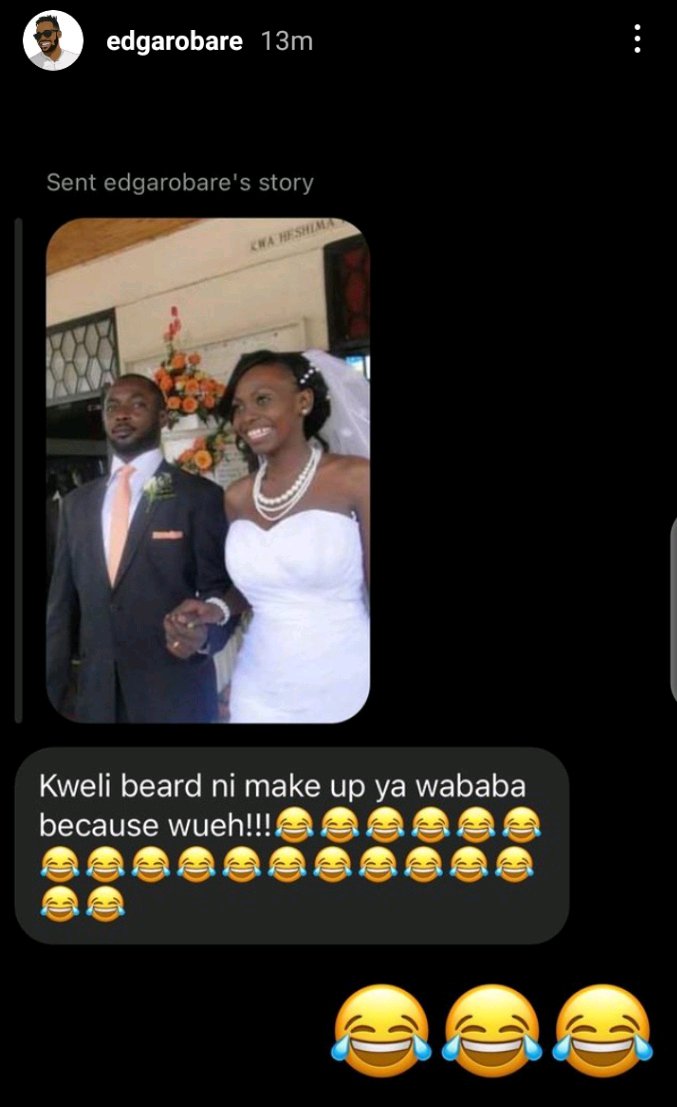 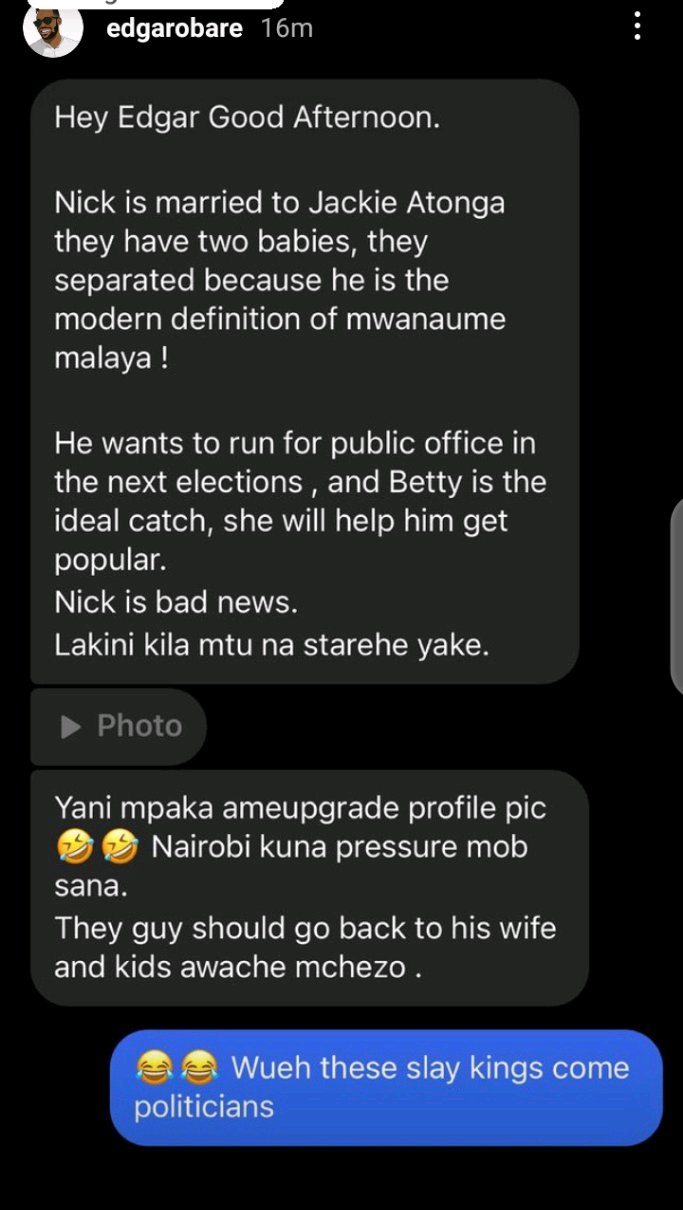 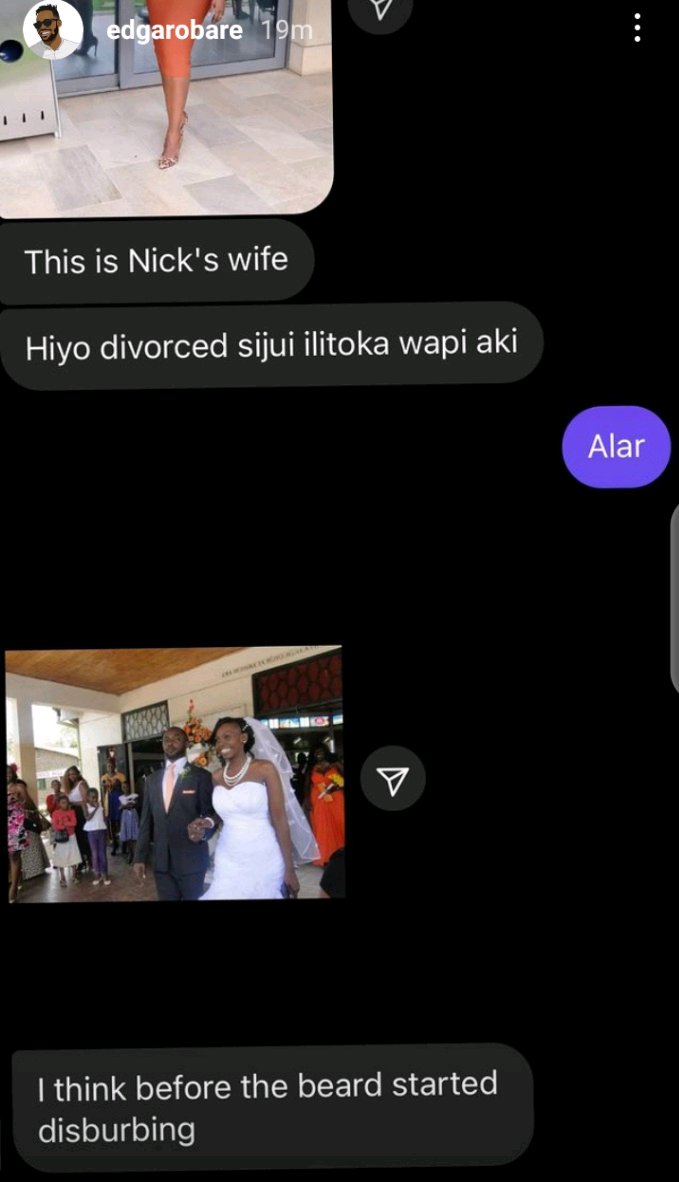 Follow us for Gossips, entertainment and political news or turn on that notification bell