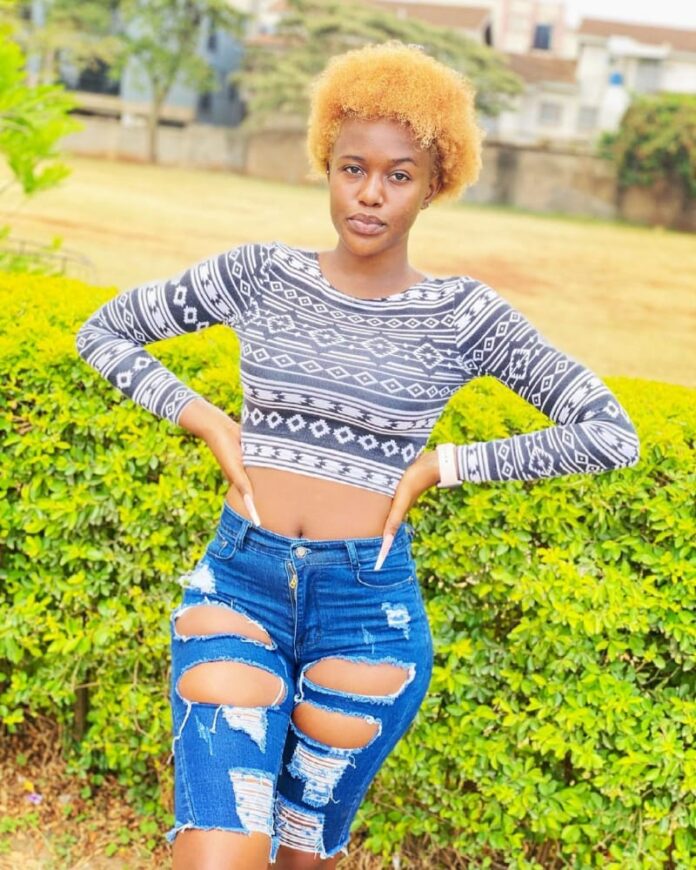 Renowned social media influencer and actress Azziad Nasenya recently published a video that seemed to be a response to the online criticism against her.A

Azziad who is known for her viral videos on TikTok addressed one subject that has been that she has been previously criticized on.

The actress who stars in the local drama show dubbed Selina has been a victim of online criticism on several occasions.

From being criticized about her nails to her skin tone, the criticism never seem to end.

Azziad has previously responded to some of the criticism against her, and this time she addressed those who claim that she has gotten fat.

The 20-year old showed that she was tired of being told that she had gotten fat and now such comments were getting on her nerve.

She went ahead to claim that she may one day get carried away and slap someone.

She presented the response through a TikTok video that she also published on her Instagram page.

Kenyans on social media expressed varied reactions to the social media post with the majority finding it exciting and humorous.

A section of the netizens noted that Azziad should get used to such criticism.

They argued that being a celebrity exposes one to such public criticism and scrutiny.

There were those who held the opinion that in as much as celebrities are exposed to criticism, such criticism should not be offensive.

Azziad ranks among the top actresses in the Kenyan film industry.

Pascal Takodi Causes An Online Outburst After He Posted This Photo

TangaTanga Brigade Threaten To Leave Ruto if he Forms An Alliance...