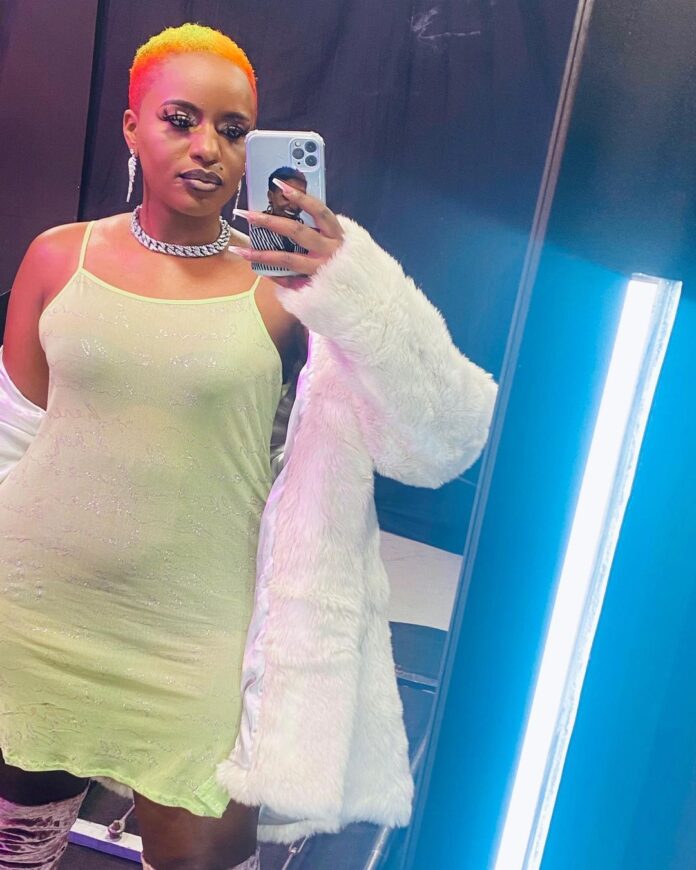 Femi One real name Wanjiku Kimani is a renowned female Kenyan rapper and songwriter who has been at the top of the competitive music industry for sometime now.

She is arguably among the best female rappers in the country and she is famous for having released hit songs like ‘Utawezana’, ‘Donjo’, ‘Luku Luku’ and ‘Kipetero Kiyesu’.

Aside from being known through her music, when it comes to personal life the rapper is a relatively private person and loves to keep her things under the wraps.

Femi One is so private that details of her family are still away from the limelight, and also details of her education still remain scanty albeit she is reported to have schooled at Gakarara Secondary School for her secondary education.

However earlier today the sassy ‘Utawezana’ hit maker gave netizens a sneak peek into her personal life after disclosing her struggle with onychophagia ( nail-biting).

She disclosed it on her Instagram account where she posted a short video clip depicting her bitten nails, and also after her nail treatment with the nails looking gorgeous.

Femi One accompanied the post with a caption seemingly accepting her habit. She said ” Sisi ni wale wa kukula kucha “.

The biting of nails is a popular habit all over the world and is reported to be a body-focused repetitive behavior that develops over time.

It’s reported that many people begin the habit from when they are young as children, but later they may outrgow the habit or struggle with it upto adulthood like Femi One.

It is also reported to be an impulse control disorder that may come about due to boredom, frustration or also impatience, with the act having dire consequences like infections getting into the broken skin of the fingers.

Treatment can however be achieved through application of a bitter-tasting nail polish to deter the nail-biting habit, trimming the nails often and also replacing the habit with another one among many others.

Lawyer Ndegwa Says That The DP Ruto Was Nominated And Not...

Man Who Was Tortured With A Burning Mosquito Net Says This...