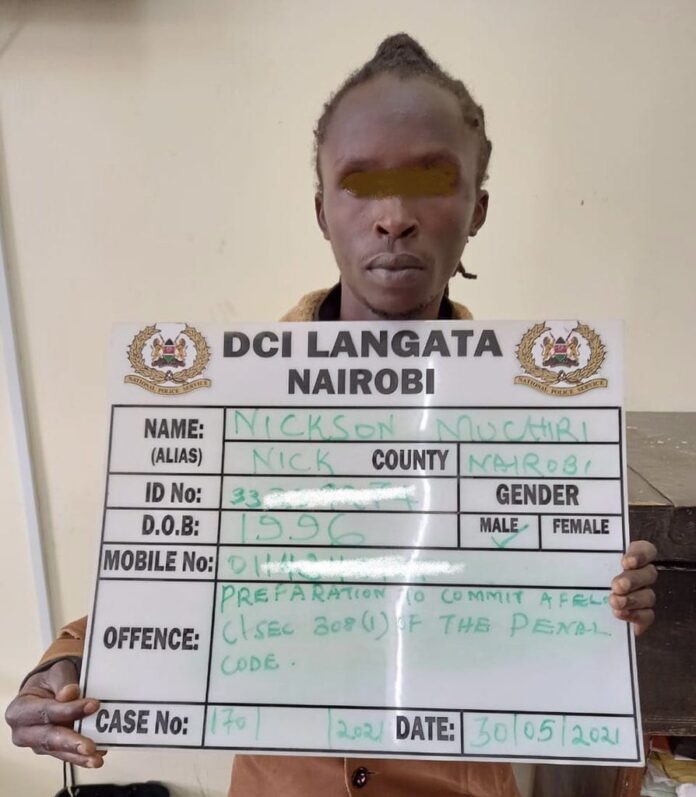 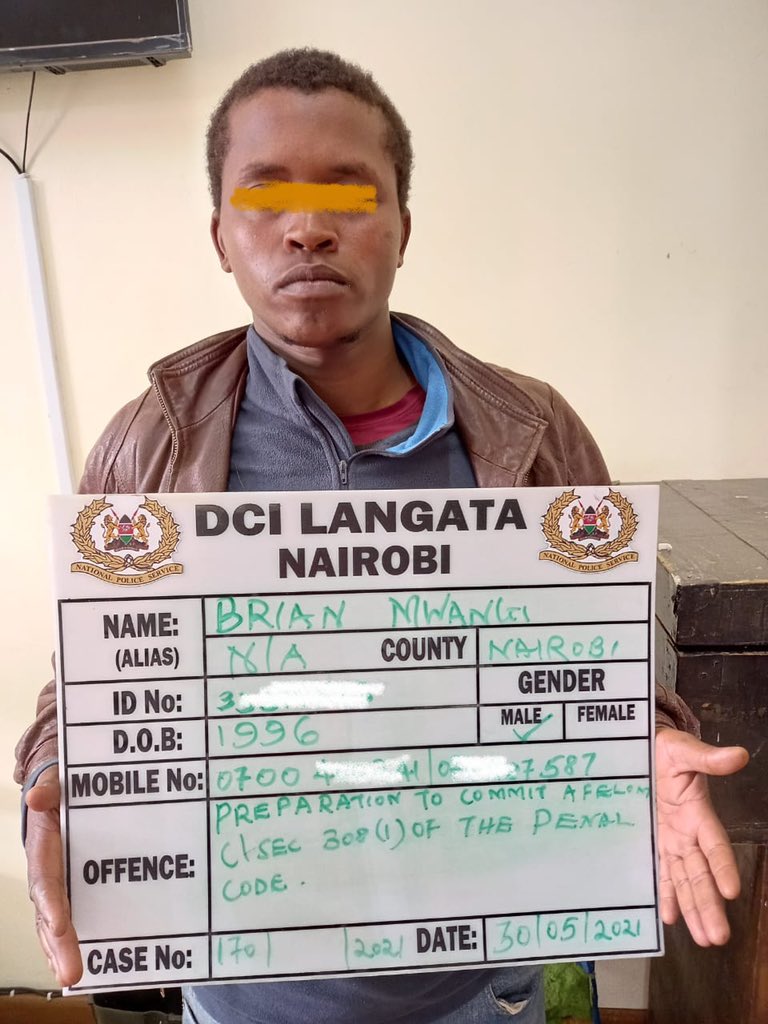 Three suspects armed with machetes, were arrested yesterday as they prepared to stage attacks against motorists along the southern bypass, DCI reports.

The two suspects, Brian Mwangi and Nickson Muchiri both at the age of 25 years, were arrested following a well executed operation, mounted by Langata based Police Officers.

A third suspect aged 15, was also arrested. DCI says that l he fled to the nearby Ngong forest, in a bid to evade arrest .

Recovered were, Two motorbikes used by the criminals as their getaway means were also impounded, in the meticulous operation staged by the officers.

Their arrest follows a spate of attacks that have been staged against motorists, along the busy highway.

Last week, six other suspects were flushed out of the forest in a similar operation, after they attacked a motorist and his 3-year-old son.

The suspects will be arraigned in court today to answer to charges of preparing to commit a felony, contrary to section 308 (1) of the penal code.

Dr Ezekiel Mutua: The War Is Not Against The Youth Or...