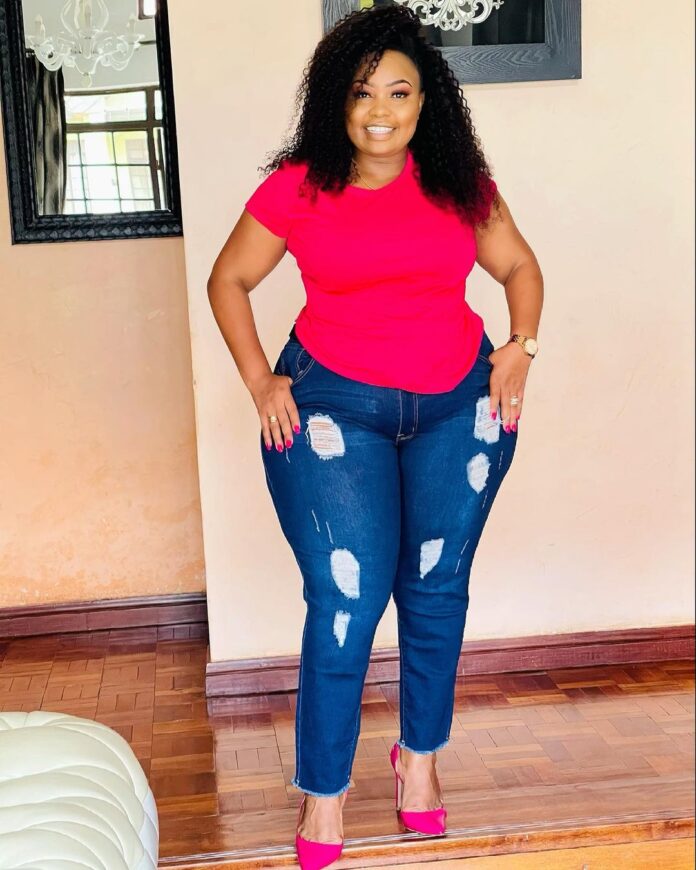 Many say that beauty is relative and that it can be measured only by the degree of one’ s own eyesight, however when it comes to famous nominated Senator Millicent Omanga we can all are arguably agree that she is quite gorgeous.

The vocal legislator and close ally to DP William Ruto has never shied away from flaunting her huge hourglass body figure on her social media platforms, which more often than not leaves many flooding her timeline with comments and likes.

And as the compliments are seemingly not going to end anytime soon due to her pretty and stunning looks, one Kenyan musician has today taken it a notch higher by recording a whole song praising nominated Senator Omanga. 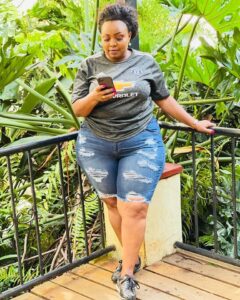 Known by the name Mukimba Jicom the artist released the song called ‘ Millicent Omanga’ some few hours ago and the legislator appreciated him by posting the song on her Facebook page.

Senator Omanga also accompanied the video clip with a short caption appreciating the musician for his support and swore to continue supporting such great endeavors.
She said in a caption that; – “I will continue to appreciate all the love and support you are giving me. Na mimi na apa sitawaachilia kamwe”

According to the viral video of the song, the artist included several past videos of Senator Omanga flaunting her beautiful curves, and accompanied them with heartwarming and sweet lyrics. 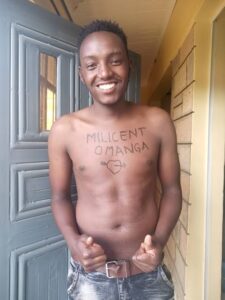 Comparing the legislator’ s looks and personality to famous local celebrities like Vera Sidika, actress Yasmin Said alias Maria and Citizen TV news anchor called Lulu Hassan.
Mukimba Jicom also had the name of Millicent Omanga written on his own chest and also a heart and arrow drawing, which presumably showed the love he had for the nominated legislator.

This is not the first time that Kenyans have gone a notch higher to show love to Millicent Omanga. Also earlier this week another man appreciated Millicent Omanga by writing her name on his chest, and also accompanied it with the heart and arrow drawing.