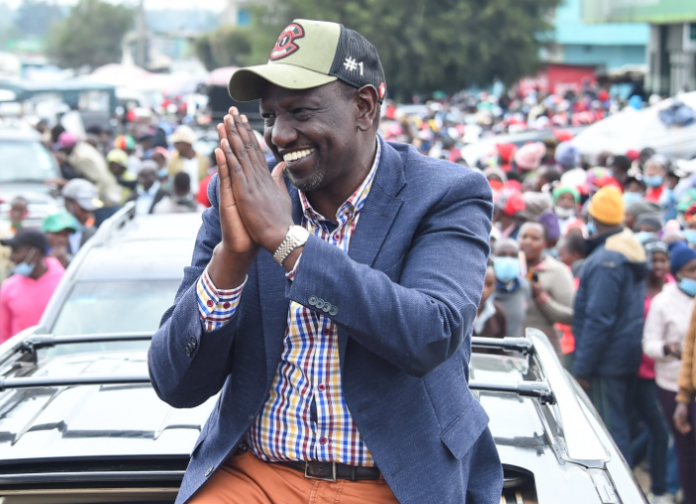 All this presidential talk you might think the elections are around the corner when infact, they’re months away. But since the 2022 campaigns have already started why not?

The Deputy President must have panicked after the handshake and this sent him on an early campaigns. Even so, he might be dethroned for committing the following mistakes.

The Deputy president might have the numbers, but are this people loyal to him? Their boss is still the president and if push comes to shove, they’ll definitely change side with a blink of an eye.

Remember what happened to Kindiki Kithure? He had the numbers too. People singing praises to him, but that’s not where the people’s loyalty lied.

2. Trying to outshine his master.

The Dp made a mistake when he openly opposed the president’s policies and never even made an attempt to check who was listening and thus lost a part of his supporters that had warmed up on him before he could even cement their support.

3. He has definitely pulled a Lucifer.

Lucifer, the second in command planned a revolt against God and even managed to convince others to do the same. Ruto has also managed to self sponsor and inspire an uprising against the president.

His followers are being stripped down their titles and being thrown out of the party they once called home. Remember the kicked out Senetors?
4. He’s not appreciative

He didn’t appreciate the power of an alliance and dropped it the first chance be got. Maybe in his calculations, he felt that the breaking up of jubilee wouldn’t affect him in anyway or he thought he can always outshine the other half. A place that was supposed to be His strong base has now been blown and divided.

His name has been dragged through the mud in various scandals. Here he made a mistake by breaking the law, so much depends on your reputation, guard it with your own life.