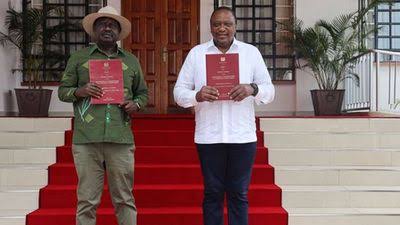 As a referendum looms 3 months away, the political atmosphere is tense. The wheelbarrow narrative by the deputy president has turned up the heat and things are not slowing down.

Since Kang’ata’s letter to the president that leaked, His Excellency president Uhuru Kenyatta has been forced to come out on rallies to push for the BBI. This does more than tell about the reality of the BBI situation on the ground.

How many Kenyans have read the BBI or know what it is? The fact is shocking . Going with this numbers, if the referendum were to be held today. It would likely fail. This is because the opposition have been successful in painting the BBI in bad light.

The wheelbarrow politics was quicker to ensare Kenyans who hadn’t read the document yet. As much as the Deputy President hasn’t come out clearly to oppose the BBI he has successfully shifted the publics opinion regarding it.

Getting people to know the BBI is hard and changing their hearts will be daunting considering the already held notions about it. Trending hashtags like Jisomee BBI have not helped because they don’t reach so many people either

Other alternatives like printing out documents and handing them out assumes that the average Wanjiku has the patience to read a 200 paged document and understand it’s agenda.

Kenyans passing the proposed ammendments is dependent on how well they understand what’s in it for them. While this doesn’t change, a big surprise awaits.

Get To Know About The Ongoing FOYA Awards, Meet The University...