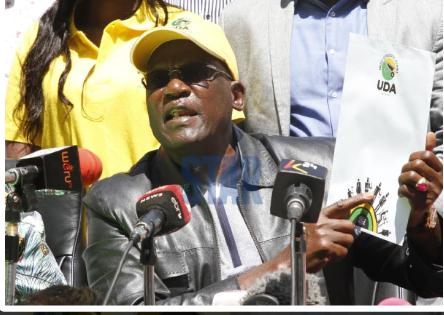 Allegations of this merge first started with Gatundu South MP Moses Kuria during an online TV interview hosted by Gerald Bitok predicted there are very good chances that Ruto and friend-turned-foe Raila would join forces and leave Uhuru on his own.

Speaking to the star however, the UDA chairman has rubbished this claims stating that he cannot imagine such a thing might happen.

The former Machakos Senator has alleged that in terms of ideologies “Raila believes in empowering tycoons and the top of the pyramid while Ruto is for the empowerment and uplifting of the hustlers.”

The UDA Chairman has also said that their party which has a wheelbarrow symbol is aimed at ensuring that they pursue the pro-people agenda extending that come to the year 2022 they want a government that will ensure that wealth distributed equally with the highest beneficiary being the common Mwananchi at the grassroots.

Gospel Singer Embarambamba Could Be The Lucky Artiste After His Interviews...