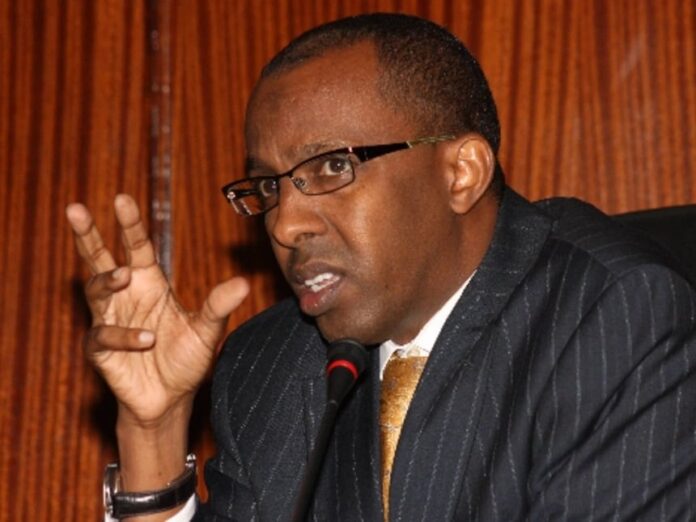 on Thursday, President Uhuru hosted a section of political party leaders at State House, Nairobi where they issued a joint statement expressing their gratitude to the County Assemblies that supported the BBI Bill.

According to Mr Ahmednasir, Each one of the three only makes sense to their tribemates, only if he’s running for Presidency and that the President will only be taken seriously if he picks one.

H.E UHURU is WASTING his time if he thinks for a second he can bring together as one team Hon RAILA, MUSYOKA & MUDAVADI to face DP RUTO. Each one of these gentlemen makes sense to his TRIBESMEN ONLY when he runs for PRESIDENT. UHURU will only be taken serious when he picks ONE.

Ahmednasir is known to set himself apart from other lawyers and attorneys and always grabs opportunities by the horn. According to this lawyer, the fact that Uhuru hasn’t choosen one among Raila,Kalonzo and Mudavadi only means that he actually had no game plan, and his only burning desire is to kick Ruto off.

His WOEFUL INABILITY to Make that choice is TELLING. It’s a poignant signal that his game plan is ADHOC…pieces are clobbered together one day, then dismantled the next day. Apart from BURNING DESIRE TO STOP DP RUTO AT ANY COST does UHURU have a REAL GAME PLANE? Iko PLAN “B”?”