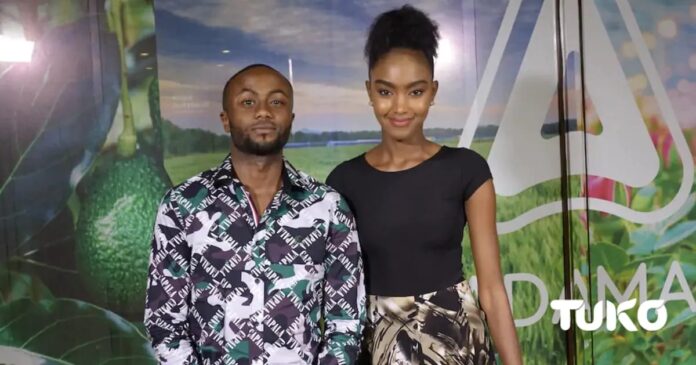 After the release of Jowi Irungu from prison on a 2M cash bail, it didn’t take long for him to announce that he was dating model Eleanor Musangi. Infact the two declared to have been married.

Eleanor Musangi has confirmed their break up, after dating for less than one year. They broke up last December.

The mother of one said the relationship ended both professionally and personally, and Jowie had changed a lot. She did not want to be tied to his life story. She said their marriage was a huge lie and was supposed to protect him and also help him to live in Nairobi as his permanent place of residence. This helped Jowie avoid being sent to live with his patents in Nakuru, which was his only option, and so she was someone that the courts knew he lived with.

It seems like marriage wasn’t the only thing they lied about. Eleanor has confirmed that he wasn’t the father of her daughter and says he only did that to avoid scrutiny in public.

It was reported that the two unfollowed each other on social media in September 2020. They went ahead and deleted each other’s photos from their Instagram accounts, raising speculation their new romance could be no more.

However the two later shared a romantic bedroom video, confirming that they were still together.

COTU Boss Atwoli Speaks On The Rumours That He Married A...