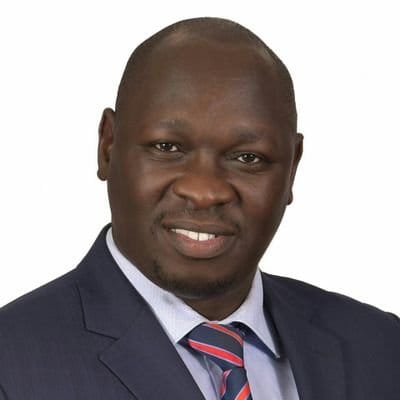 Speaking on Citizen TV on an interview with Wahiga Mwaura, The new deputy secretary general couldn’t understand why such an opportunity was given to someone like Caleb Kositany.

Kositany expulsion statement came from his boss Raphael Tuju saying that the decision was made after a meeting of the National Management Committee on Monday.

On his interview the previous day, Kositany accused Cheragany Member of parliament of not having a mind of his own and being a yes person and therefore had no advice for him.

“There is absolutely nothing I can tell Kutuny because he has no mind of his own, he is just going to be a yes person… I really don’t expect much from Joshua Kutuny” Caleb Kositany

Caleb accused the jubilee government of being a monologue party and it was a crime to speak up something that the new Deputy Secretary General disagreed with.

“There’s a very thin line between democracy in the party and indiscipline in the party,” said Mr Joshua who also feels it was an agenda for the TangaTanga to destroy the party before leaving it.

Mr Joshua says he has big plans to make the party unite again. One of his plan is to create a network where the members can reach their political leader.

“I do not believe in the use of force, I believe in participatory approach… we are going to create a framework and a network where most of these leaders are going to reach their party leader”

Lord Have Mercy – See What Embaramba Did To This Man...