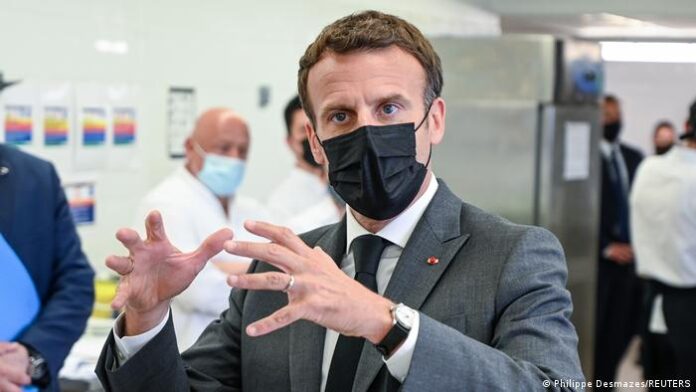 News circulating on various social media platforms have revealed that the man alleged to have slapped the French President, Emmanuel Macron, in the face subscribes to several far-right YouTube channels.

As reported by Al Jazeera, the suspect is a fan of the medieval swordsmanship. 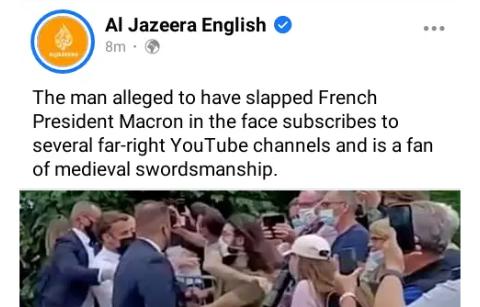 “The man alleged to have slapped French President Macron in the face subscribes to several far-right YouTube channels and is a fan of medieval swordsmanship.” Al Jazeera reported.

As established from police sources, the man was identified as Damien Tarel, 28 years old. He has no previous criminal records. Damien has remained under investigations following his arrest on yesterday, 8th June.

Reports have stated that he is expected to be charged with assaulting a public figure. The offence carries a maximum of three years in prison and a 45,000-euro fine.

Reports from a source close to the investigation described Tarel as a person who was a bit lost, a bit geeky and a bit of a gamer. Damien managed a local club of martial arts enthusiasts. The club focused on the practice of historical European martial arts. This included the traditional swordsmanship. The incidence has kept the world on a swing with top leaders condemning the action.