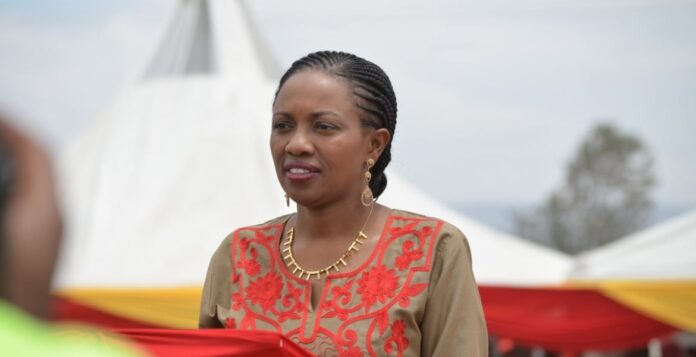 Nakuru Senator Susan Kihika, has accussed Jubilee’s Vice chair, David Muratha of being a thief, following the latest Kemsa Scandal that is linked to David Muratha.

It is said that Muratha was the former Kilig limited director, and Entec technology. Muratha who did not attend a session before the parliamentary public investment committee yestadat was supposed to unmask the signatories to the Kilig company, which walked away with a Ksh. 4 billion contract from KEMSA.
Muratha sent an affidavit instead.

The outspoken Senator quoted President Uhuru’s words, stating that she cannot wait to see what Uhuru will do to Muratha.

“Murathe has been running around shouting Thief, Thief while all along he is the THIEF! Uhuru promised the country to take action on these Kemsa Thieves,
waiting to see what he will do now that the thieves are his Court Jesters, inner circle? A president doesn’t lie, right?”

Murathe states in his affidavit to the parliament committee that he has never served as a director, shareholder, or beneficial owner of Kilig or Entec technology limited.

He claims he was only asked to be a signatory to Kilig Limited’s bank account to ensure that Entec Technology Limited, the supplier of the PPE kits, would be paid once KEMSA completed the procurement process.

Murathe adds that he ceased to be a signatory on August 5, 2020, after KEMSA’s commitment letter to Kilig Limited was cancelled.