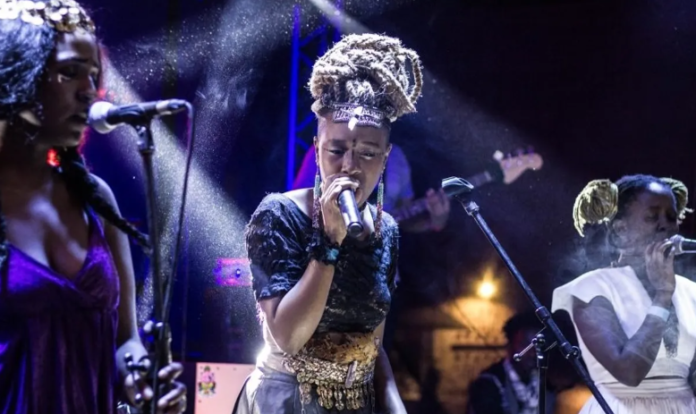 Robert Kyagulanyi Ssentamu was born on 12th February, 1982. He is well known by his stage name Bobi Wine. He is a Ugandan politician, singer, actor and businessman. He top the list of richest East African artists with a current networth of USD 7.3 million.

Naseeb Abdul Juma, better known by his stage name Diamond Platinumz, was born on 2nd October, 1989. He is a Tanzanian bongo flavour recording artist, dancer and a business man from Tandale, Tanzania. Diamond Platinumz is the founder and CEO of WCB Wasafi Record Label, Wasafi TV and Wasafi FM. He has a current networth of USD 6.7 million.

Joseph Mayanja, better known by his stage name Jose Chameleone, was born on 30th April, 1979. He is a Ugandan AfroBeat artist and musician. Chameleone sings in Luganda, English and Swahili and has won awards. He has a current networth of USD 6.2 million.

Akothee was born on 8th April, 1980 in Migori County as the first daughter of her parents. She is a Kenyan musician and businesswoman. She has a current networth of USD 3.9 million.

Joseph Haule was born on 29th December, 1975. He is popularly known by his stage name Professor Jay. Professor Jay is a Tanzanian rapper, songwriter, politician and former member of the Tanzanian parliament for Mikumi constituency. His current networth is USD 3.6 million.

Ally Saleh Kiba was born on 1986. He is popularly known by his stage name Alikiba. He is a Tanzanian singer, songwriter and footballer. He is the owner of King Music Label. He has a current networth of USD 3.2 million.

Charles Njagua Kanyi, better known by his stage name Jaguar, is a Kenyan politician, singer, enterprenuer and philanthropist. He is the second richest Kenyan artist and 7th in East Africa with a current networth of USD 3.2 million.

Moses Ssali, better known by his stage name Bebe Cooli s an African reggae and ragga musician from Uganda. He started his career around 1997 in Nairobi, Kenya but moved back to his native country a few years later. Bebe Cool was one of the first artists affiliated with Ogopa DJs, a production house and record label in Kenya. Bebe Cool has a current networth of USD 2.6 million.