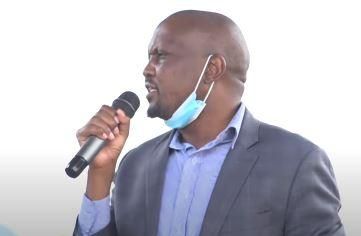 Gatundu Member of Parliament Hon Moses Kuria has now spilled the reasons why he has fallen out with Deputy President William Ruto.

Kuria who was a close Ally to the deputy president has now left the hustlers Nation. Some people from the Kieleweke camp have welcomed his idea of forming new political party.

According to The Standard Newspaper, the Mp has said that after being chased out of the Peoples Empowerment Party, DP William Ruto approached him secretly and asked him to forget that had happened and join his UDA Party something that gave birth to the ongoing division and fights in TangaTanga

Kieni Member of Parliament Hon Kanini Kega an ally of President Uhuru Kenyatta’s Kieleweke camp welcomed Kuria’s move to quit the Tangatanga camp and form his own party ahead of the upcoming 2022 polls.

Also, Kanini Kega announced that things are going back to the default settings and that those who thought that the region will be divided ahead of 2022 have been humiliated and shamed.

Kega terms Kuria’s decision to go back to the drawing board as an added advantage to President Uhuru Kenyatta who was struggling to unite the region since most and influential allies had been misled by the second in command.