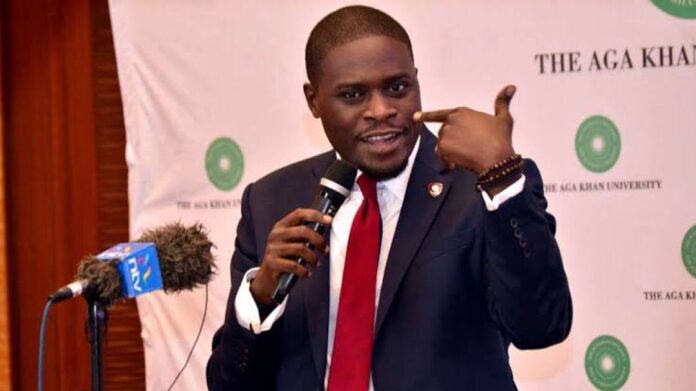 And now, Nairobi county senator Johnson Sakaja has come out strongly to share his piece of mind on what is really happening inside the ruling Jubilee Party that has led to the fallout between the two national leaders and their allies.

Speaking on radio citizen this morning, he stated that Jubilee Party leaders are using a lot of force to bulldoze their way on critical issues without adequate consultations saying that the party should allow discussions and consensus building instead of the current approach.

Sakaja named these three powerful individuals:
Jubilee Party chairman Nelson Dzuya, Jubilee Party vice chairperson David Murathe and the secretary general Raphael Tuju as the only people who have messed up with the party.

He added that when he was the Chairman of TNA party, he allowed meetings and consultations on issues unlike the current approach being used by the three men.