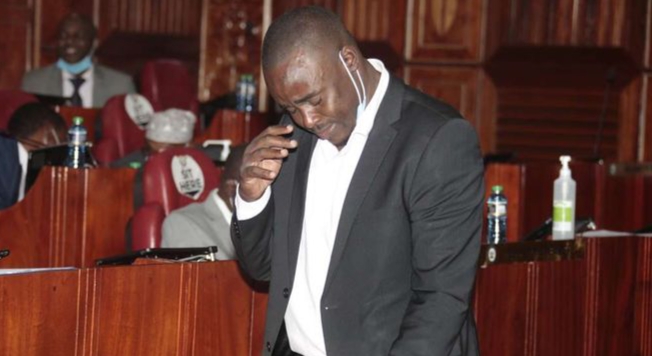 The Kakamega Senator was arrested on Monday after DPP Noordin Haji directed the DCI to arrest and interrogate him in connection with the violence.

At the same time,Malala’s bodyguard was arrested for alleged misuse of a firearm after he fired in the air to disperse a crowd that wanted to set his boss’s car ablaze.

The senator was also said to have lost Sh2 million in cash which he allegedly intended to bribe voters.
He was grilled before formally being placed into custody.