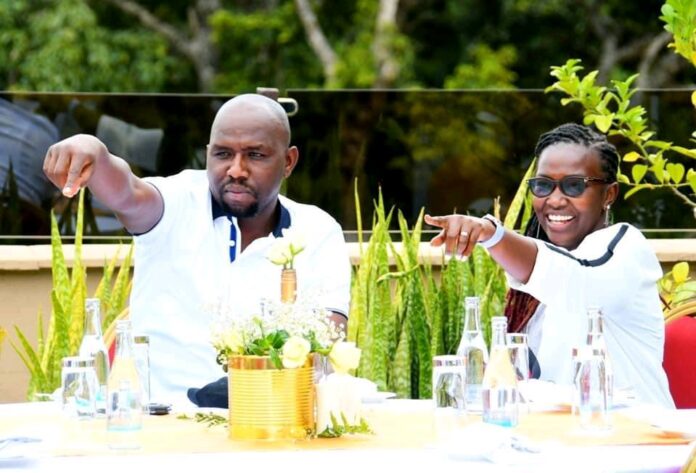 Netizens Have savagery Reacted after Elgeyo Marakwet senator Kipchumba Murkomen  posted him wife on social media  to celebrate her during her birthday.

On his post on twitter, Murkomen praised her saying that she still look young despite turning 40 years today. 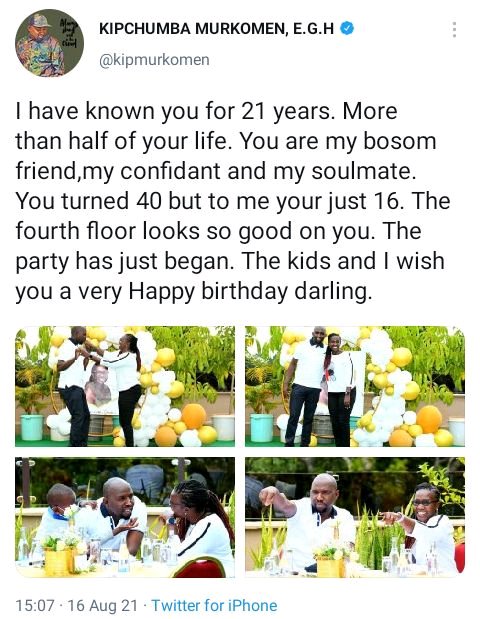 A section of Kenyans were angered by how Murkomen decided to publicly parade his wife.

Others warned him that they may end up parting ways and whatever happened to Machakos Governor Alfred Mutua Might Happen to him.

@abe_onyango stated, “Mheshimiwa Alfred Mutua did such madness early this year, I think during the Rally in Naivasha. It’s about 2 months and things have ended in tears. Word of caution don’t expose your valuable assets to fellow Kenyan men. Sisi ni mafisi. I hope it doesn’t become like that of Alfred,” read one of the comments

Ms Nganga claimed the winds of change had blown her way and she had severed her relationship with the governor without going into details. 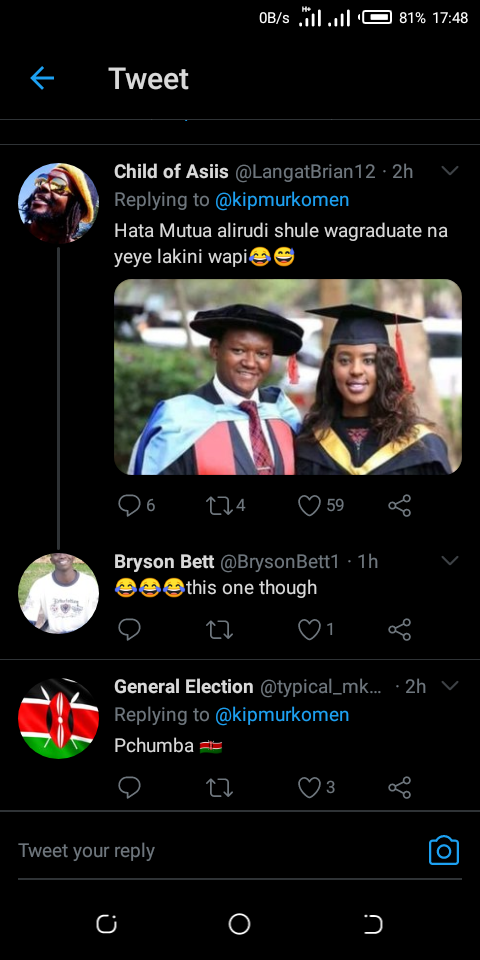 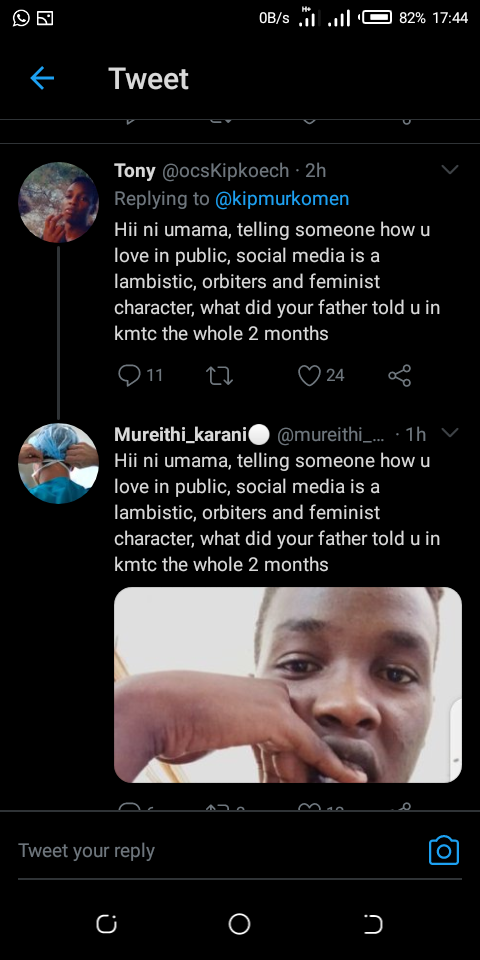 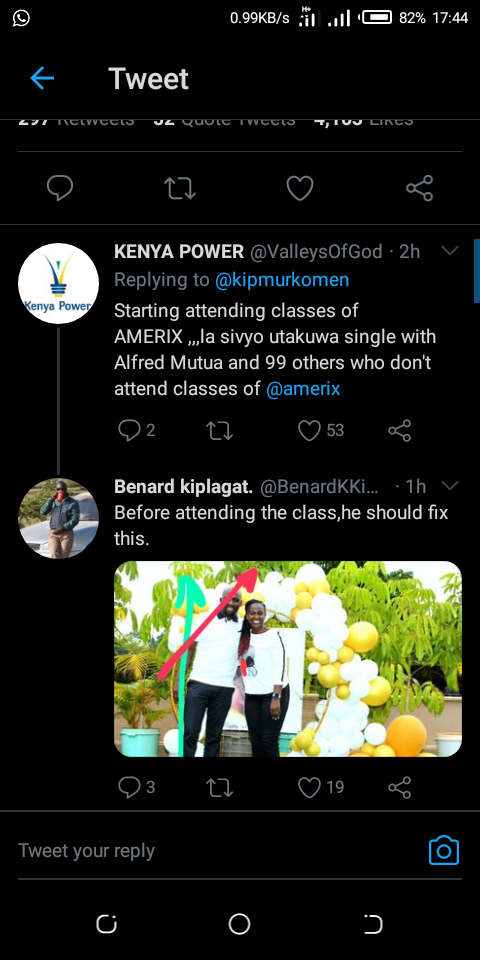