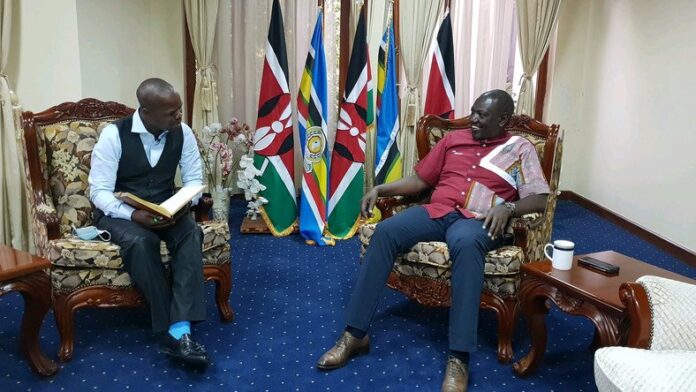 Deputy President William Samoei Ruto has not been in the public light for the past two weeks.

Rumours were that he has been missing because he was sick. His silence led to Kenyans questioning his where abouts.

Following the rising speculations, Ruto has scheduled interviews with various media outlets. Today, the Deputy president is having a series of interviews with Radio Citizen FM and Jalango TV.

His first interview was just few hours ago at Radio Citizen with the host Vincent Ateya leading the interview.

To much of his surprise, Ruto responded to the question in a rude manner asking him how that information concerns him.

Apparently Ateya question on the status of their earlier relationship during campaigning compared to the current relationship brought this lesson.

Ateya had forced to laugh off the response and proceeded with the interview despite the slight setback.

2 LIFESTYLE TRAPS YOU MUST AVOID IF YOU WANT TO BECOME...