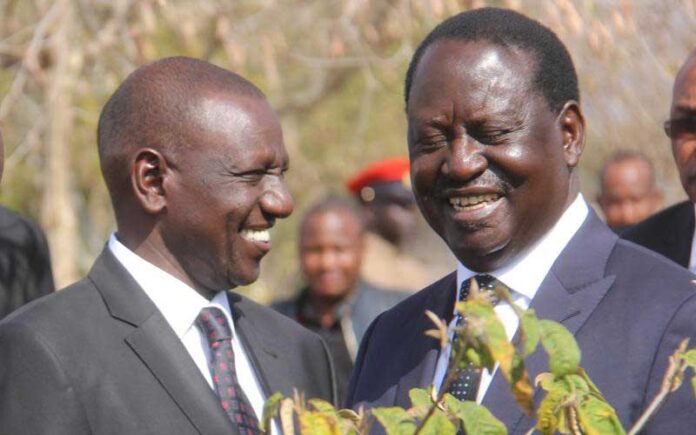 Deputy President William Ruto has today reported that he’s open to working with the like-minded people ahead of the upcoming 2022 general election.

Speaking during an exclusive interview with Inooro Tv, the second in command has announced that he will be making another fresh coalition with the people of Kenya and God, adding that he doesn’t won’t support Tribal politics. Infact he stated out clearly that he will not be working with Raila Odinga.

At the same time, DP William Ruto has for the first time revealed that he has severally met with Mt Kenya region leaders that are allied with the president adding that this allies have met him but fear being jailed over corruption allegations.

AT FREE AREA IN NAKURU; NATURE IS SO FREE

Kileleshwa: Drama As Mother And Daughter Fight Over This