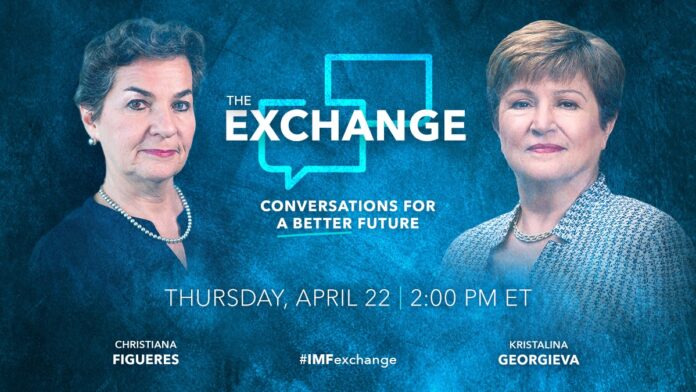 Following the stop loaning kenya hashtag that racked through twitter space and made everyone stand and listen, Kenyan netizens are really tired with the current state of affairs it appears. Last night kenyans flocked the IMF facebook account and literally brought their live to a half with the same #stoploaningkenya hashtag after thousands of kenyans stormed their page.

The Facebook live was a virtual discussion with Christina Figueres discussing climate change.The meeting had to be adjourned after only 24 minutes after they realized they couldn’t control the masses in the comment section.

Other than angry reactions ,some of the comments that had a deep impact according to likes and reactions were;

Luke Xabi felt that IMF is a terrorist organization purporting to help poor countries by enslaving them and their future generations by continously giving loans without accountability.

CR Zeph said,” We are camping here until you address this issue.Our President is taking personal loans in the name of our Country.#StopGivingKenyaLoans”

Tonny Mwangi was really annoyed he said ,”It seems you’ve got nothing between your ears,,😡😠 Kenyans are tired of paying loans that were stolen by the corrupt president..,,Stop confusing Kenya to Kenyatta
#StopLoaningKenya”

David Mutua managed to keep his calm saying,”Stop lending money to a corrupt Kenyan government. We are already neck-deep in debt and billions are lining the pockets of greedy politicians. #StopLendingKenya”

This is just to sample a few,however,from last nights saga where just a country managed to stop a worldwide meeting, Kenyans are a force to be reckoned with especially when they are tired and on social media.

There’s just as far as people can be pushed before pushing back right?.They went as far as making a whole new meaning for IMF and reffered to them as international monetary fraudsters.

Joe Biden Trips While Boarding Air Force One On A Trip...