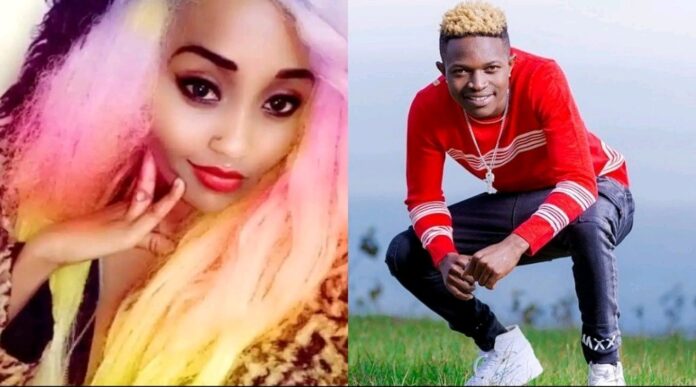 Swabrina Queen, the side chick of Gospel singer Moses Omondi aka Mr Seed has revealed that she hasn’t given the baby Mr Seed’s last name

This was via a recent Q&A session that she had with her followers, whereby some curious ones took the opportunity to inquire more about whether the singer cares about the child.

” How are you. Has Mr Seed followed up to know how his son is doing?” One fan asked.

When further asked whether she had named the bundle of joy after the ‘Ndoa’ hit maker, she responded ‘Hell No’.

Here are more responses with respect to Mr Seed. 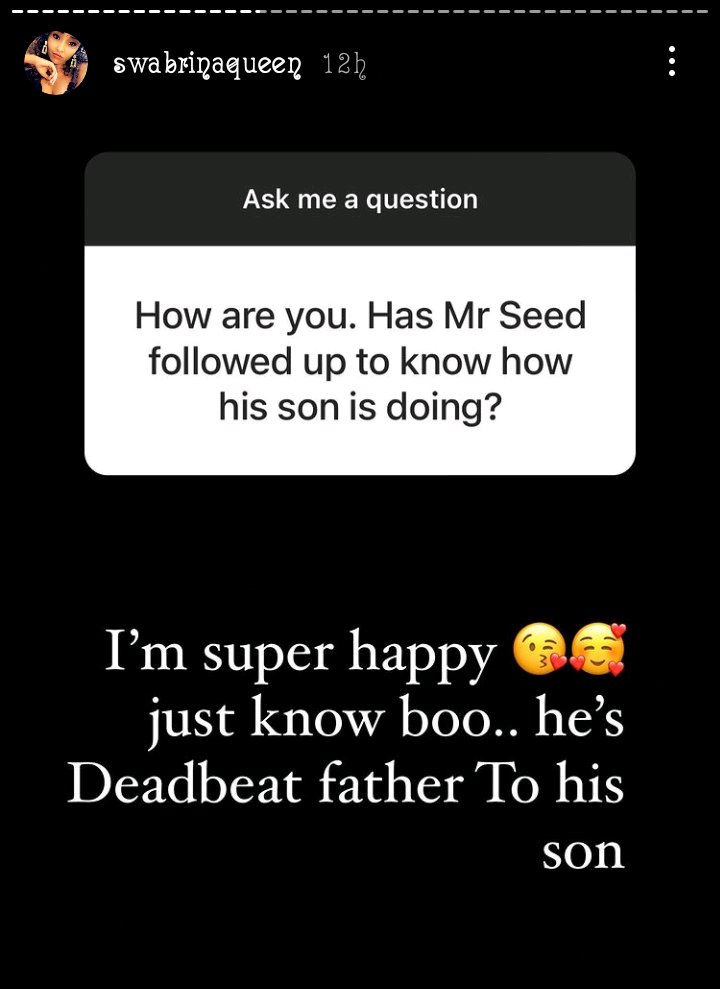 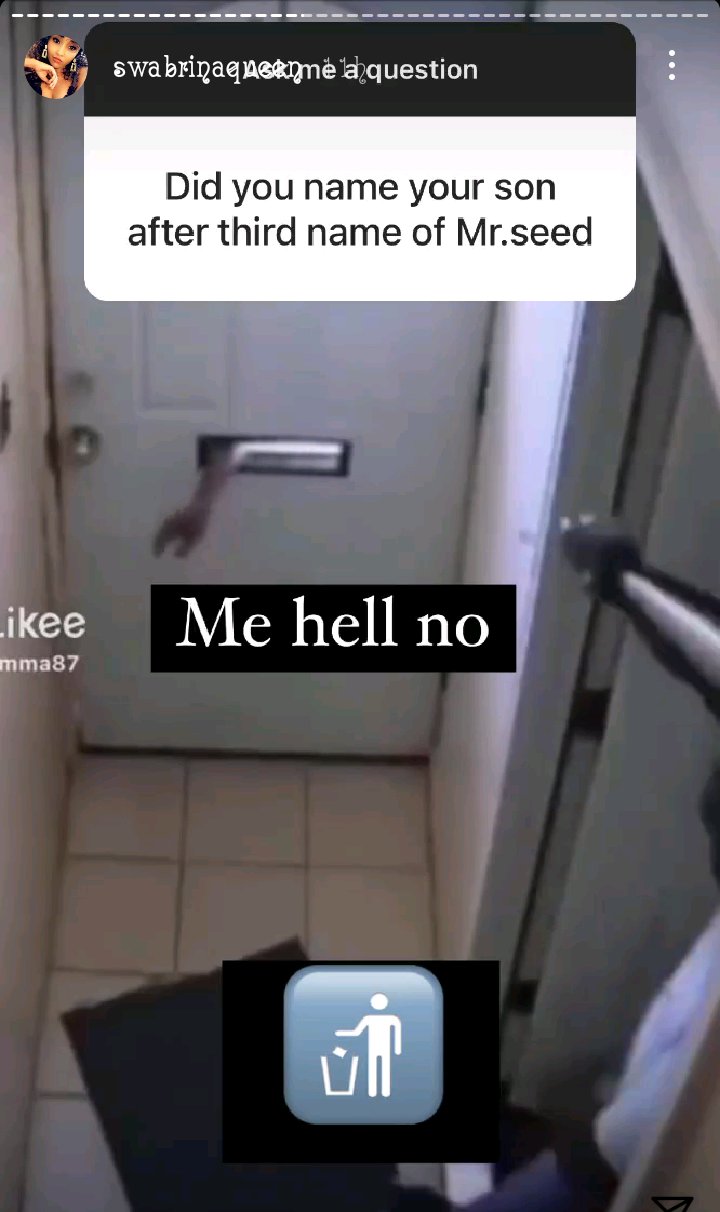 The disclosure comes just weeks after the sassy queen welcomed her son to the world late in August 2021.

She announced the birth of her 3rd born through her Instagram account where she posted some photos of her baby’s hand, and thanked God for the blessing.

In her posts she even hinted that Mr Seed never even took part in welcoming the son, and that it was Swabrina Queen’s mother who infact was there for her the whole time.

Most netizens however came to know about the alleged side chick in May 2021, after she approached blogger Edgar Obare and exposed the Gospel singer for being the father of their unborn baby.

At the time Swabrina Queen even revealed how Mr Seed never wanted her to keep the baby, and even went ahead to give her money to buy so she can abort.