It’s the evening hours and unlike other days, I don’t have the keys to my gate and you can have a guess of where I am standing as the evening drizzle tickles the numbness in my forehead. There’s more. She’s look-back dressed.

From my assumption when the nduthi stopped, I could tell she didn’t have the keys to the gate. If she had, I had it in mind that I now would have a neighbor. But as I had thought; she was to wait for someone to come and open for her. Escort services ‘male’ box. 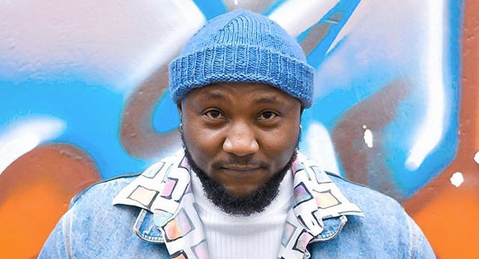 Just then Steph Kapela asks wewe ni nani and I slide my other earphone closer to my eardrums. I was not into disrespect. In case you haven’t heard of Steph Kapela, you have some respect for scar Mkadinali of Wakadinali hip hop group. I’m talking mumble jumble to some already. Do not switch off already and in case you do; wewe ni nani?

Wakadinali are no longer an underground rap group. It’s only that we are sleeping on our own. If you aren’t, do you have five favorite rappers from Kenya. Thank you for breaking your fingers and jogging your mind trying to break the count.

If I was to give fair credits, every member of Wakadinali deserves a personal profile on the top MCs ranking. With music easily accessible today, you can listen to everything. Spotify. It’s here to play to the world and if you listen you will hear the natural mystic speaking.

They serve what I deserve without asking for it. I just have to take myself there. However, I don’t like their ads but I don’t hate them either. It’s just like a Baraka she keeps reminding me off. (sic)

It’s a memory of a charged up pop-up advertisement on my YouTube as I was listening to Sewersydaa Mkadinali. ‘Niko charged up buda… niko ever ready… wakicome hizi ends ziko always on.’ You remember the Eveready batteries. I miss such memories of torches being brighter than the lamps. Maybe that’s why they say ‘light a torch for the world to see light’. If Eveready had used this line in copyrighting their advertisements maybe, I wouldn’t be serving you a memory. I am deviating.

Back to the drill. Curiosity landed me to Vice City. Drill is a relatively new sound in the Kenyan hip hop scene and a path that is set to brighten mainstream hip hop globally. 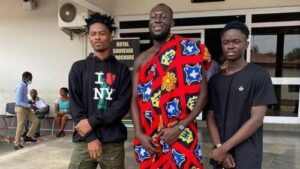 In case you are in doubt, Sore remix by Yaw Tog featuring Stormzy and Kwesi Arthur is a good start in dealing with G.O.A.Ts who are building bones and getting packs. On God, I’m wishing it great for my drillers. Charged up is a drill track by Mando featuring Natty, all members of GTA. Drill is a heavy vocals playfield. I like it because wasee wa bass we now can rap without using auto tune. Natty is top of class while at it. Rampage. Bars after bars.

Straight outta 44, Thika Road is drilling. The gangster stories of Githurai can be well be heard from its own. So wannabe Natty have it at; ‘Ariana Grande Thank you next!’ About wa kubonga upuzi, Brukulyn Boyz have a steak. The drill pie has beef. Good for business. You will now hear of Brukulynn Boyz before niwatupe kwa pipa. Representing 58 and with their first drill track with less than 200,000 views to hit a milli without promotions, they are impressively impressive.

The African boy with the big drip comes in last. ‘Yeye si activist, inakaa hujui maana ya active ni.’ Ndugu ya Sule is a driller. That’s where he can fish effortlessly. Being a longtime fan of Wakadinali, I can back up my opinion. Weh ulikuwa wapi ? Sewersydaa Mkadinali is a talent that you listen too with caution. There’s nothing basic with his writing. It takes an extra mind and insight to understand the short and witty bars that Sewerysydaa uses in his music.

Drills is a sub-genre of hip hop from UK. At its basis, Grime is considered gangster hip hop since it derives from the experiences of the streets. Drill is a force that hip hop fans will reckon its effects after it is said and done. With former trappers now establishing and rebranding as drillers, is the future set to have rappers wa songa niimbe kamili leaving us kukamilisha their Ops?