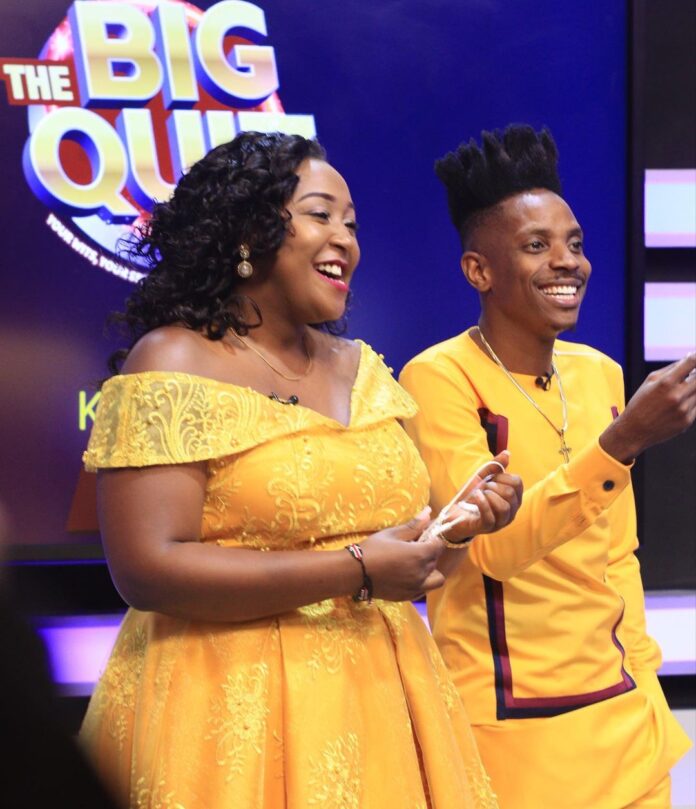 As far as the comedy industry is concerned Eric Omondi is one of the unstoppable and greatest comedian in Kenya. Alot of happenings have been revolving around his comedy career but he keeps on coming up stronger and determined each and every day.

Eric Omondi and TV host queen Betty Kyallo have a show on National Television dubbed ‘ The Big Question’ . It started earlier on this month and from the way it’ s trending all over you can bet me that Kenyans really love the show.

However today the two of them decided to kill the new show. They came out putting on matching yellow themes outfit with very black shoes and for sure they really looked out standing and quite stunning.

There is a famous couple that is known of matching outfits and that is news anchor Rashid Abdallah and his beloved Lulu Hassan. But this time round the pair had added to this list.

This gesture has attracted many mixed reactions by comments from their viewers and their followers after Eric Omondi took to his own Instagram page to share a glimpse of how the great show went down.