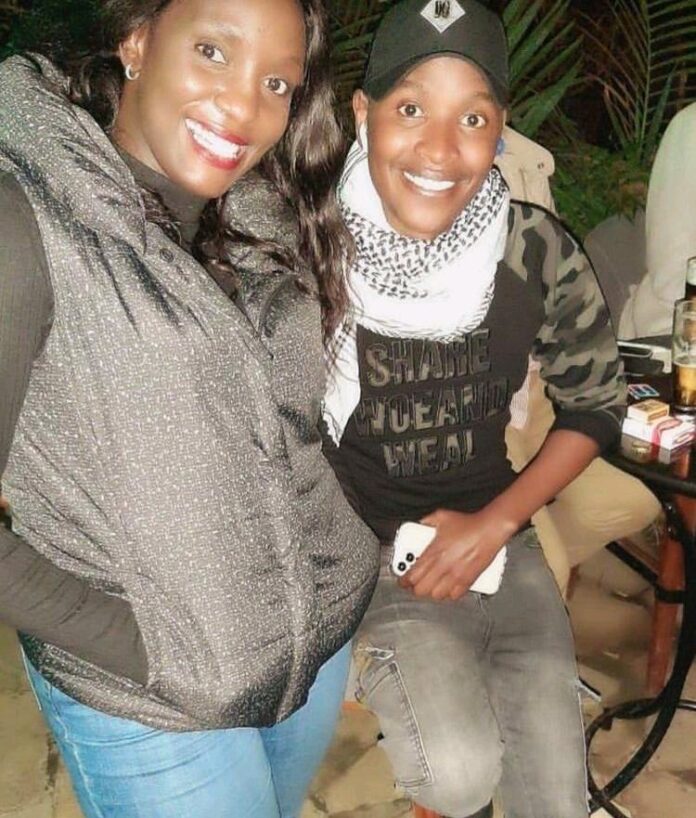 Fans reacted  on their different social media accounts to express their opinions and suggestions after seeing a photo of renowned Kikuyu artist Samidoh with another woman days after he was accused of beating his lover.

Taking to her Instagram stories to reveal the incident, Karen Nyamu revealed that Samidoh allegedly beat her up accusing her of cheating on him with other women.

She went ahead and added that he also smashed her phone leaving it broken. Karen Nyamu said this adding that all of this was happening despite the fact that she was pregnant.

However, a photo of Samidoh and another woman has caught the attention of Kenyans after being uploaded by renowned Kenyan blogger, Edgar Obare.

While reacting to this picture, a woman who claimed to be a good friend of the woman with Samidoh has revealed that the two are currently working on a song together adding that this was the only reason why they were taking pictures.

@Ericsson – Who cares what these guys do. This is what happened to us after Hammo and jemutia left us and immediately started showing love on social media.

@HidemyId-I don’t think that Samidoh actually did what he is being accused of because we all know how women do things.

Njerijane- He is just a typical lover boy nothing more nothing less, he’s just what kids in these days can refer to as an f boy.

@JoeMike- This is just great, let people live their own lives why are we even concerned you know they are all Millionaires with confused life.