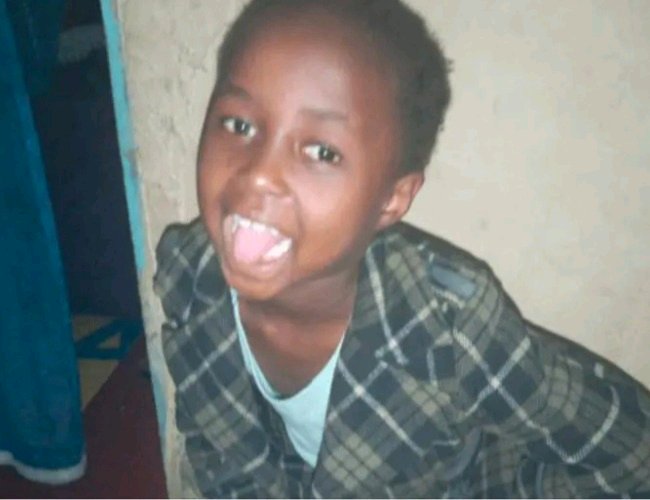 The case of Jennifer Michelle Ouma has taken a twist, after fresh details have emerged. The 8 years old, class 2 pupil was reported missing few days ago, and was later reported dead at Mama Lucy Hospital.

According to school management at New View Primary school in Kayole, the deceased was solving a mathematics question on the blackboard before she fell down and collapsed. She was later rushed to the hospital which she was announced dead.

The statement of the doctors at Mama Lucy Hospital, they claimed the pupil was brought to the hospital already dead.

CCTV cameras showed a car brought the girl to the hospital dumped her before leaving.
The hospital called the mother to the girl and asked her to go and identify if the young girl left at the hospital was hers. However, when he reached their she was shocked to see her child lying down dead.

Hilda Achieng, imother to the deceased, decided to report the case to police to know what lead to the death of her daughter. Until now she has not yet received a clear report that caused the death of Jennifer.

Hilda said that her daughter wasn’t sick when she left home for school. She added that she doesn’t trust the police anymore as she feels like they are hiding something from her. She said they don’t allow her to ask the teachers of Jennifer questions concerning her death.

Hilda has reported that the close classmates to the deceased have confessed saying that the teacher hit the deceased on her head which led to her death. After the teacher realised Jennifer is dead, he paid the other pupils 30 kenyan shilling each and asked them not to speak up.

However Hilda has been left with no choice than to sort help from the DCI to have a private investigation of the death of her child since she has no hope again with the police.