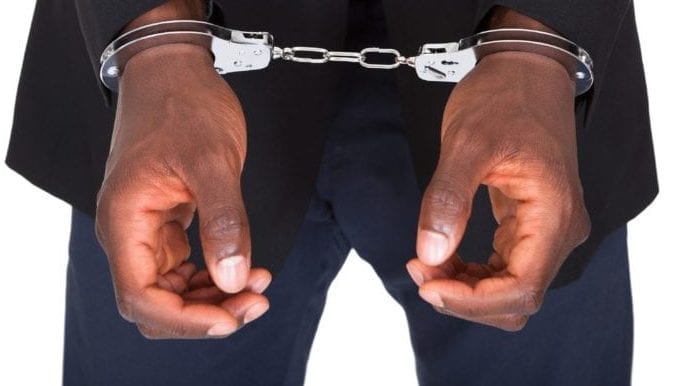 Residents of Nairutia, Nyeri woke up to a dramatic morning after a 48 year old man who had been reported to have defiled his 7-year-old step-daughter on Tuesday night was arrested.

It’s reported that this man, who is a casual labourer did this despicable act when the mother was away, after which he left her helpless and bleeding on the floor before heading to work.

It’s then that this grade one pupil sought refuge to the neighbors. The neighbors took her to the police station and it’s there the girl narrated her ordeal.

The victim has since been given medical attention, and the clothes worn on the fateful night secured for forensic examination.
Detectives have established that the suspect resides in a two bedroom house with his wife and the girl.

The three share one of the bedrooms and a common bed, leaving the other room unoccupied.
The DCI thanked the neighbours for their assistance and sensitivity with which they handled the delicate case, urging continued cooperation with the public in keeping children safe.
The law states that a person who commits an offence of defilement with a child aged 11 years or less shall upon conviction be sentenced to imprisonment for life.

“I Started Driving Back In Highschool” Have A Look At DJ...