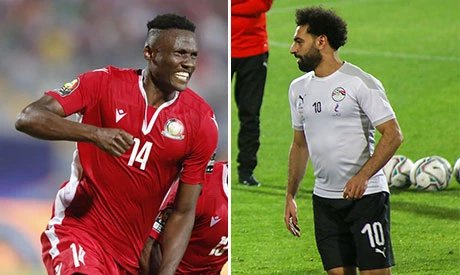 Yesterday was a fair evening for the Kenyan national team, Harambee Stars who were playing the Egyptian Pharaohs in their fifth match for the Cameroon 2021 Africa Cup of Nations Qualifiers.

The first half started on a low note for the hosts Kenya who conceded a goal in the early minutes. 25 year old Mohamed Magdi Kafsha Egypt’s scored the first goal and the match’s goal in the 2nd minute after receiving a pass from his agemate Mohamed Hany.

Kenya came back from the half time break charged and managed to score a goal in the 65th minute through Bandari’s Abdallah Hassan strike. 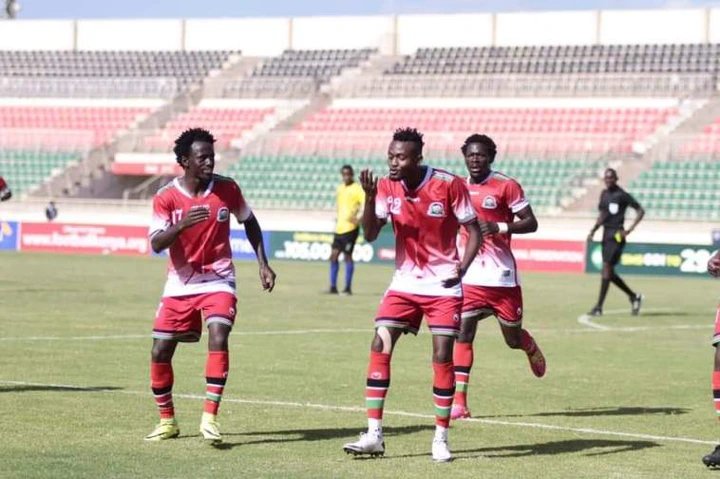 Unfortunately, Mathare United’s defender Johnstone Omurwa was red carded in the 75th minute, 10 minutes after leveling Egypt’s score. It is alleged that the defender elbowed an Egyptian player.

Kenya missed a number of chances to score with Olunga seeming to have a bad day in office after failing to convert any of the chances. Kenya’s goal was ruled out in the early second half minutes for handball.

Kenya maintains the third position with 4 points with Egypt at second with 9 points same to league leaders Comoros. Togo are in the last spot with 2 points. This match was to be worn by the Harambee stars in order to qualify for the Afcon qualifiers.  Comoros are qualifying for the first time to the Afcon.  The Harambee stars have one to play against Togo.

No Place To Call Home? DP Ruto Given This Condition...