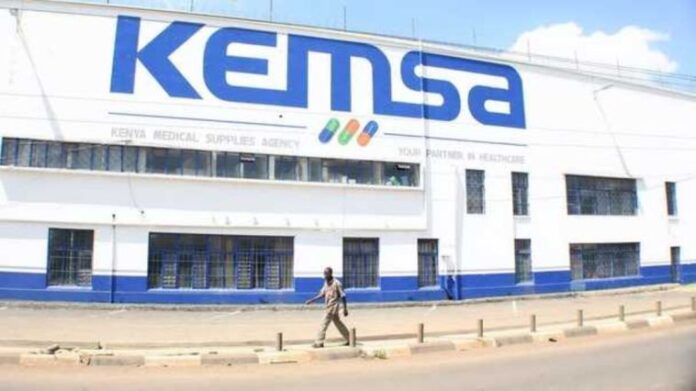 Kenya Medical Supplies Authority (Kemsa) has been probed for months now over tenders worth millions of Kenyan shillings that ended up being looted amid a pandemic.

It was during Thursday’s revelation that shocked the Public Investment Committee (PIC) that has been investigating the matter.

Appearing before the committee was James Njuguna, the director of La Miguela Holdings Limited who said that it was by luck that he landed a Sh180 million Personal Protective Equipment (PPEs) supply deal.

Mr. Njuguna informed the committee that is chaired by Abdulswamad Nassir, Mvita Member of Parliament, that he was passing by the Kemsa building, when he saw a crowd of people.

He decided to move closer to find out what was going on at the state agency.

“I moved straight to the receptionist who then urged me not to waste any more time and apply for the tenders which were being given out.

“I quickly wrote off a two-sentence letter and after two hours I was notified that I had succeeded with securing the tender and was asked to collect the commitment letter from the Chief executive officer’s office,” Njuguna narrated to the committee.

Asked whether he had transacted any business with the agency before, Njuguna claimed that he had supplied fire equipment worth Sh400,000 during the past.

This new development left the MPs wondering how he landed the lucrative tender and managed to bypass all the procurement processes.

To Njuguna, everything escalated very fast.

“Things happened very first, I was following what I was directed to do. Many people were seeking the tenders hence one could not question the process at the time.”

“The tenders were being issued to address an emergency. Therefore, there was no need to go through the tedious process as time was running out, and the country had been hit by a pandemic,” Njuguna added.

Appearing before the committee together with him was one of Kilig’s Director, Ivy Minyow, 27, who failed to explain how her company was awarded a Sh4 billion tender despite it being registered months before winning the tender.

“We were so confident after Kemsa honored our proposal and could not waste any time to provide the samples,” she said.

The committee has summoned directors of Nanopay Limited, Shop N’ Buy, and Wallabies Ventures Limited. Directors of Megascope and Crown Healthcare Ltd to appear before them next week in person.

Eric Omondi Vows To Expose Pictures Of The Old Woman That...