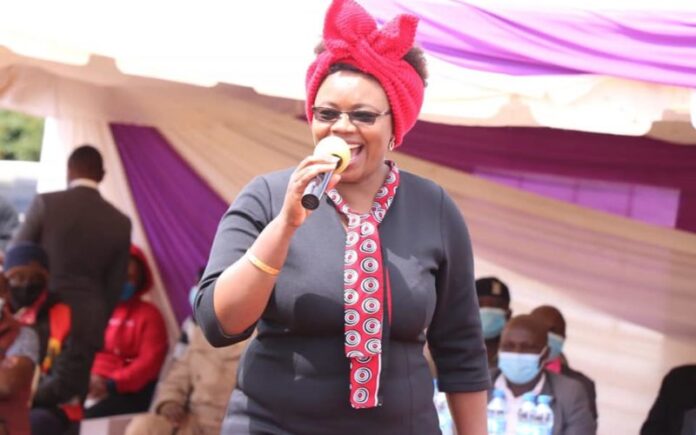 President Uhuru’s Jubilee party suffered a major blow on yestaday the 23rd after vocal Kiambu Women Representative Gathoni Wamuchomba decamped from Kieleweke to the TangaTanga Brigade in which Most members are in United Democratic Alliance(UDA) affiliated with the Deputy President William Ruto.

Defending her defection, Wamuchomba explained that she was forced to join Ruto’s camp because mosr of the people she represents actually are supporting UDA party.

According to Wamuchomba, the resounding victory which Tangatanga acquired in Juja elections is a valid testimony to prove that majority of Kiambu residents are firmly behind DP Ruto.

The MP however revealed that she has not yet left Jubilee despite changing allegiance to DP Ruto.

Moreover, she thanked DP Ruto for receiving her well with both hands in Tangatanga yesterday and further revealed that she will now be taking part in Tangatanga campaigns in Kiambaa.

Detectives Arrest A Man That Was Recorded Torturing A Man For...