Walking down around Mumias town you can easily notice vacant buildings and empty shops which were once occupied sometimes back, what might have happened, what might be the cause of all this unusual downfall of a town once known to be ever busy day and night? I will shortly take you to Shibale market ,a market that today stands isolated, or someone might think it was wrongly situated, empty and dirty buildings are the main occupants of this market center that once served thousands of workers and residents, it isn’t a pleasing picture at all, maybe to the now 2013 generation might seem to be OK but for any generation below that, something somewhere went wrong. 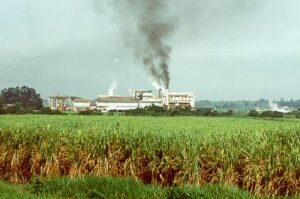 Let’s leave those two alone, Mumias and Shibale, here are the roads that led to Mumias Sugar factory, today I walk along only to be greeted by some rusted scrap metals standing by mercies in the name of a factory, a place now surrounded by bushes and tall grass, my question still is, what might have happened? Is it a generational curse? If true then is it haunting the whole society? Who came to wrestle down our giant miller, who cleared the managing director that is alleged to have looted lots of resources? Who was then the sitting member of national assembly? Was he or she not aware?

Walking around the factory I can only say that may Almighty God forbid, then I proceed to managerial, a place where the so called managers used to stay, where did they  go to?, the main west gate entrance seems to suggest life because of some few activities here and there, then on the south gate we have two  security guards who seem tired with the kind of tasks assigned to. Most of the houses are abandoned and in bushes and entering some, it’s a clear picture that they have a purpose of being used as stores by thieves and at the same time as hideouts. The houses are 150 in Total, some are occupied by teachers and by looking at the kind of life they live then I have a reason to state that our giant Miller was killed by people of I’ll motives. 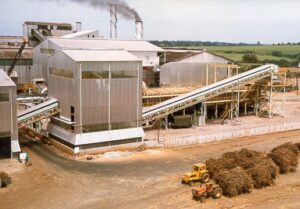 I decided to engage some few occupants in managerial but they were also reluctant to give their version of story, but looking at one, then there was a reason to believe that in mind they held a chain of saddening history about what used to bring something on the table.

Shiro, a young lady in her early thirties narrates on how life was before and how they are now struggling to put something on the table. “Hizo enzi maisha yalikuwa poa sana, lakini wakati huu hata ukitazama ni taabu tupu” she said. Some heavy road machines are now parking next to abandoned houses with flat tire and some minus steering, wheels or even both, truly it’s a blow.

A total of 150 houses now only a small section occupied, very sad indeed.