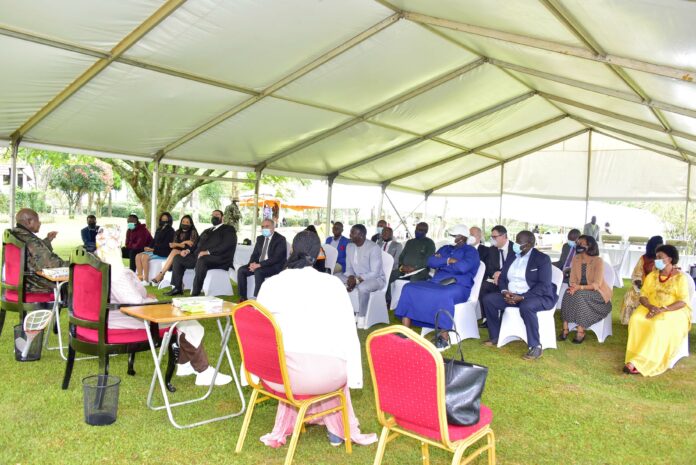 American RnB Artist and rapper Aliaune Damara Badara Thiam, populary knows as Akon is on a visit to Uganda.

Akon met President Yoweri Museveni on Friday as he searches for investment opportunities that will extend his business footprint in East Africa.

Mr. Aliaune Thiam (@Akon ) and his wife, come to Uganda in search of business opportunities in a number of sectors like energy, tourism, and infrastructure development. I am happy to engage in such a discussion that will uplift our people and Africa at large. pic.twitter.com/q0en72sprT

In a series of Tweets on Friday, President Museveni, who has previously hosted Hollywood sensation Kim Kadarshian and her estranged husband Kanye, sold Uganda off as a top tourist destination in the world.

According to Museveni, other than its fantastic weather, Uganda sits squarely on the equator but with a high altitude, making it one of the two other places in the world ‘to be gifted that much’

“Mama Janet Museveni and I told Akon and his wife that Uganda is the best tourism destination, known for its fantastic weather, considering that we are right on the Equator but with a high altitude. This is unique! There are only about two other places gifted that much,” Museveni tweeted.

The Grammy-nominated singer who plans to build a futuristic city in Africa was accompanied by his wife Rozina Negusei during the visit.

Akon has previously announced plans to build a futuristic Wakanda-like city in his native home of Senegal.

The city, reports say will have its own hospital, police station and even its own cryptocurrency already named AKoin.