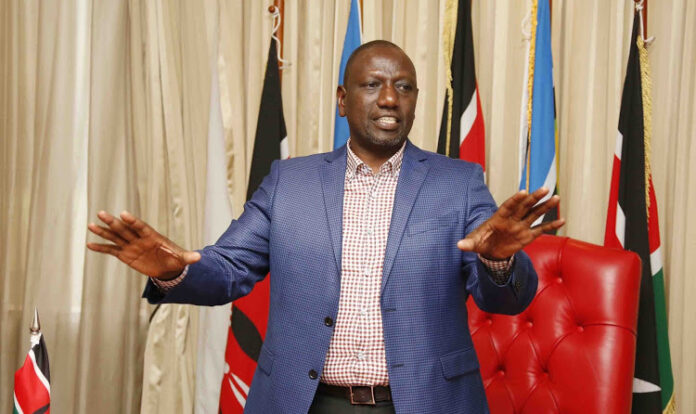 Deputy President William Ruto has cautioned the National Police Service and the Judiciary against being partisan while discharging their duties.

Speaking in Bahati, Nakuru County, on today during the burial of Arthur Kimani, son of area MP Kimani Ngunjiri, Ruto said that this country’s biggest threat against peace was partisan police service.

“As per the Constitution, the police service is an independent agency and should not take instructions from any quarter,” he said.

Ruto directed the Inspector-General of Police Hillary Mutyambai to ensure police officers carried out their duties professionally and do not serve political interests while executing their duties.

“We expect the IG to provide leadership and command that will ensure we have a professional and independent service that does not bend to political interests or partisan considerations, added the DP
said the Police Service should stop apportioning blame on certain political quarters and instead protect the rights and property of all Kenyans regardless of their political affiliations.