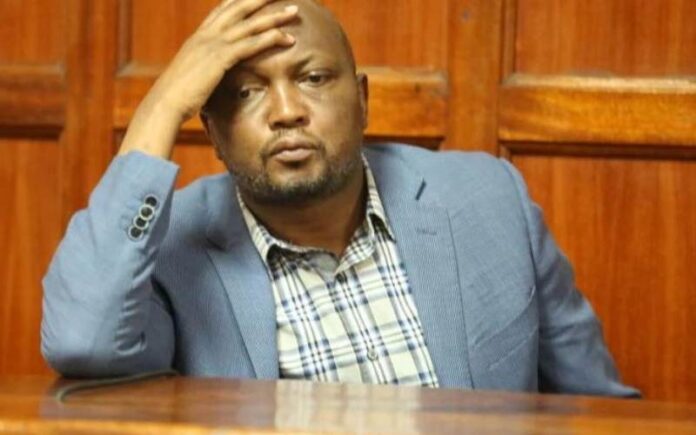 A Kiambaa Court has released Gatundu South Member of parliament, Moses Kuria, who was arrested alongside 30 others for violating Ministry of Health Covid-19 protocols.

The outspoken Membee of Parliamenr was given the choice of either paying Ksh.75,000 in fine or serve eight months in prison.

Among the charges brought against the lawmaker are failure to wear a mask, breaking curfew hours, and unlawful assembly.

In a Facebook post on Monday, the lawmaker raised an accusatory finger at the state, but he did not explain the reason for his arrest. He did, however, share some photos of himself without a mask..

After his arrest, the MP alongside other protocol-breakers were detained at Karuri police station from where they appeared before the court, albeit virtually, on Today morning.

Get To Know The Top 6 Highest Paying Professionals In Kenya