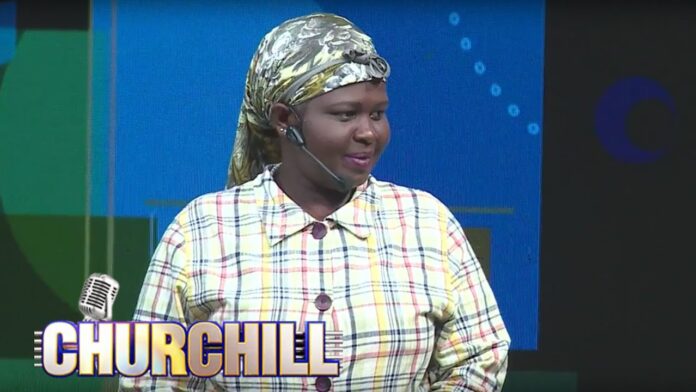 For followers of the Kenyan entertainment scene, the weekend is certainly off to an explosive start following what ‘Tea Master’ Edga Obare has just revealed.

This shocking story of which the drama rotates arround is about the Churchill Show comedians Stella Bunei Koitie, popularly known as Jemutai, and Herman Gakobo populary known as professor hamo.

Jemutai has come out guns blazing and accused her colleague-cum-alleged baby daddy ‘Professor Hamo’ of neglecting his fatherly duties.

According to this female comedy star who is known to keep her personal life under the wraps, she and her Nakuru-born counterpart have two kids together.

Jemutai confirmed this during an Instagram conversation with celebrity Edgar Obare where she revealed that Prof Hamo does not support his children at all.