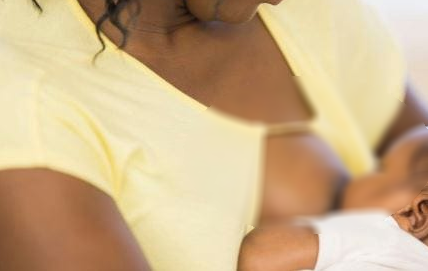 Residents of Ndhiwa in Homabay county have been engulfed in sorrow and grief after a mother allegedly beheaded her son for refusing to breastfeed.

The child died on the spot. According to witnesses, the incident happened while her husband was away from home.

“She got angry when the son, who is the third born refused to breastfeed even after attempting to breastfeed her several times,” Nyatame told Ramogi.

According to the sub-chief, the suspect then took a machete and beheaded the baby leaning the head and body lying in a pool of blood separately inside their house.

The wan is said to have confessed to committing the crime after interrogations claiming that he refused to breastfeed.

Residents who were the first to arrive at the scene tied the woman with a rope before identifying the authorities from Ndhiwa Police station where she is currently detained.

The son’s body was transferred to Kobodo Mortuary.