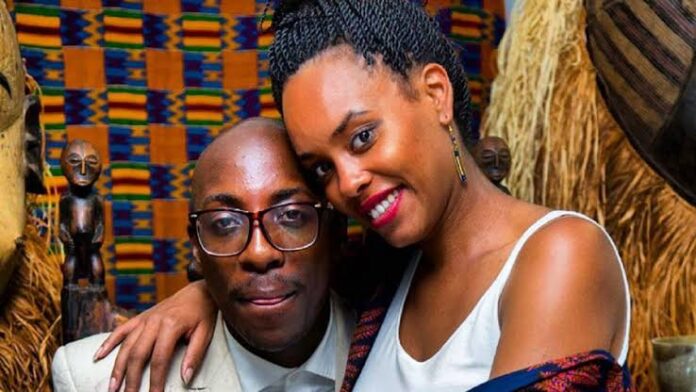 Thursday, 10 June 2021 – Sauti Sol’s singer, Bien, has confessed that his wife Chiki Kuruka is free to jump in bed with any man she likes.

Speaking in an interview, Bien said that he is in an open marriage that allows his wife to cheat with her crushes.

He is also free to sleep with his crushes and this is something they agreed before they got married.

“I don’t have a problem with it if that is what she wants, she should get it. You can’t stop a human being from doing that. But also I can’t catch feelings, I’m after her happiness,” he added.

Bien even narrated how he let his wife flirt with several men at a high-end party while in Nigeria.

“There was a day I went to a club with Chiki in Nigeria, I even felt bad for her. I told her. The guys here are looking so hot, I feel so bad for you. I’m gonna go out and smoke a J, be hit on. Guys were buying her champagne and they were going all out,” he recounted.

“Even when we were going back to the hotel, I felt bad because I knew in the back of her head, she would have been with someone better but anyway this is life,” the singer added.