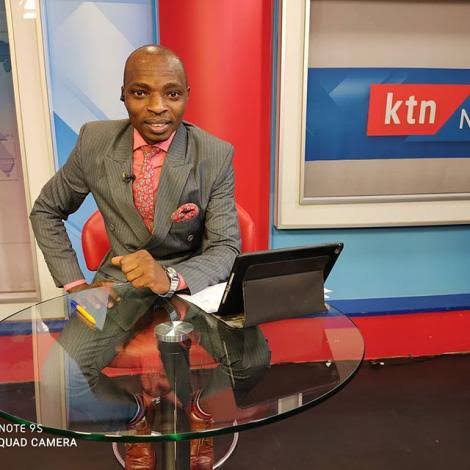 The Kiswahili News anchor of KTN, Lofty Matambo told the viewers that Sunday, April 18, would mark his last bulletin at KTN News. This he did while hosting the station‘s prime time Kiswahili bulletin on Sunday.

In his final heartfelt message, Matambo thanked his fans for supporting him and his employer, The Standard Group, for giving him the opportunity to showcase his talent and ability in whatever he did.

The outspoken Swahili anchor and Radio Maisha presenter has exited the station after seven and a half years having joined the media house as a reporter.

“For seven and a half years you have allowed me into your living rooms without knocking and you welcomed me with a smile. Those in the city watched me and those from the village followed my reports.

“Thanks to Standard Group PLC for this chance. Thanks to journalists, fellow anchors and editors. Thank you for being patient with me. Let us interact out there and God willing, we shall meet again,” he added. 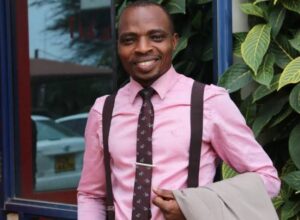 At the time, the three had reached high-level discussions with the Kimathi Street-based station with reports detailing that they were to join the NMG in mid-April.

Matambo, who holds a Degree in Communications and PR from St Paul‘s University as well as a Diploma in Medical Laboratory Technology from Kabete National Polytechnic, joined KTN News in 2013.

Before joining KTN News, Lofty was a content producer/presenter at Media Development In Africa (MEDEVA) for two years.