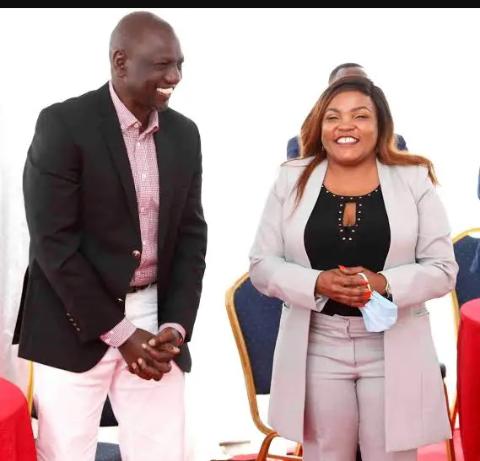 Vocal Kirinyaga Woman Representative Purity Ngirici who is a member of TangaTanga brigade has come out to warn the Deputy president against an alliance with ODM party leader, Raila Odinga, saying that she won’t be part of it.

According to the Star, Ngirici says that the Mt Kenya region will back out on DP Ruto if he choses to work with the ODM leader adding that she will be on the frontline leading the exodus.

“If Ruto goes ahead and forms a coalition with Raila, I can tell you without fear that all MPs who support Ruto from the vote-rich basket will abandon him, I being in the frontline,” Ms Ngirici

In an interview with Radio Citizen a few days ago, the Deputy President William Ruto stated that he was willing to work with the ODM leader Raila Odinga.

His sentiments sparked speculations on the social media with reports indicating that the DP and the Former Prime Minister could eventually struck a formidable political deal come 2022.

The rumors were further fuelled after the ODM Secretary General Edwin Sifuna released a statement saying the ODM is on a rebranding mission and it could make coalition with perceived enemies en route to 2022.

The sentiments came at the backdrop of simmering allegations that President Uhuru Kenyatta had begun shortchanging the opposition chief, Raila Odinga.

But as they say politics has no permanent enemies, but interests, chances of the ODM leader reuniting with the Deputy President could cause another political storm in the DP’s camp.