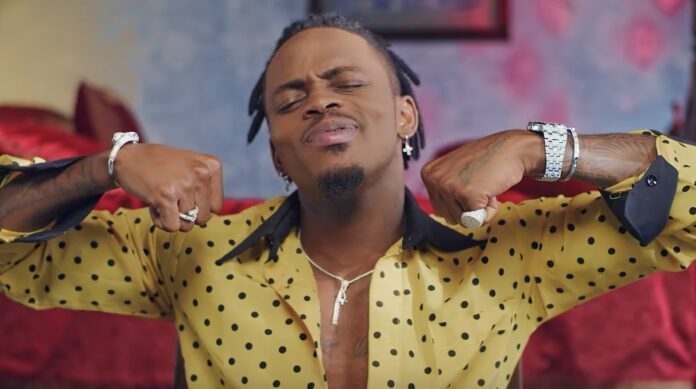 Well, I believe you know that Diamond deleted pictures of Naseeb junior, a baby he sired with Tanasha Donna.

Netizens have supported Diamonds move and According to them, Tanasha deserved the cold treatment from the father of her son for several reasons.

Most believe and blamed Tanasha for provoking Diamond to abandon his son. They argued that the Tanzanian singer could not just cut off the ties without Tanasha doing something wrong.

One netizen by the name Hulda Lizzy noted that,
“Those are stories he can’t abandon any of his children, if so maybe Tanasha provoked him, us women with pretending we can do it mhhhh…..zari have money as well but ako humble,”

Others noted that Tanasha deserved the treatment since she allegedly destroyed Diamond and Zari’s marriage by getting involved with the singer.

While others accused the Kenyan international of being egoistic and a dictator in her relationship with Diamond.

“Being a Luo woman, I know what Diamond was going through, Kizungu mingi, maringo, and dictatorship,” Moses Oyoo said.

“Tanasha destroyed Zari’s marriage she rushed to have a kid she could have waited now to see the innocent kid,” Naomi Wambui said.

As much as many blamed Tanasha for what has befallen her, other Kenyans supported her and assured her of better days.

“I don’t understand this so-called mbogo star why does he hate the father so much because he abandoned him, yet he is doing the same to his own history repeats itself he has done it let him know that NJ will be better than him in everything,” Hamila Ndusi said.

Despite the mixed reaction from netizens, the Wasafi boss has defended his move to delete his son’s photos.

According to Diamond, his move ain’t a surprise as he has also deleted his other photos, and deleting Naseeb Junior’s photos should not be a big deal.

Court Rules On The Postponement Of The 2022 General Elections