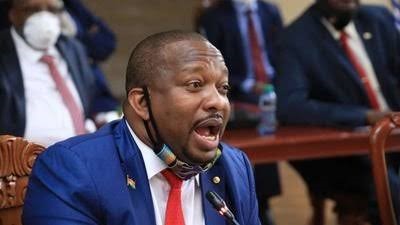 Former Nairobi Governor Mike Mbuvi Sonko has spoken out just a day after he was listed among the four politicians who cannot explain the source of their wealth.

Taking on his Twitter account, sonko wrote: “Being silent is not being foolish kwani owning property in this country is a problem?”

In his classic tit-for-tat fashion, Mr Sonko leveled accusations against officials within EACC whom he alleged had acquired assets from proceeds of corruption.

What have you done with your former and current bosses who were involved in the fraudulent sale of Integrity Centre at an exaggerated price at the expense of taxpayers?

“Sio Mara Ya Kwanza,” DCI Reveals What Killer Cop Did To...