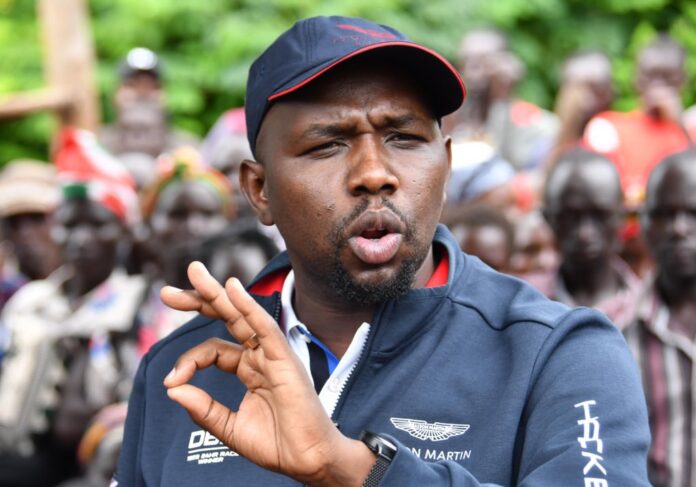 Gatundu South Member of Parliament, Hon. Moses Kuria caused uproar after he confessed to having received Ksh. 100,000 in National Assembly as bribe to vote for Hon. Amos Kimunya as National Assembly Majority Leader.

His confession has exposed the malice in Parliament which has been going on for sometime now. While speaking to BBC World Service, the vocal Tangatanga MP admitted that he is ready to refund the Ksh. 100,000 bribe he was given. He further reinstated that majority of Members of Parliament were also bribed.

@kipmurkomen Why is @HonMoses_Kuria being asked to substantiate the obvious ? The art of feigning ignorance is the most perfected form of hypocrisy in Kenya.

The Tangatanga senator has questioned why Hon. Moses Kuria is being asked by Kenyans to prove the “obvious” allegations which he made. According to Sen. Murkomen, it is obvious that MPs usually receive bribes in order to vote in a certain direction on the floor of National Assembly.

He has further castigated the hypocrisy in Kenya as he believes that cases of bribery in National Assembly is something normal that shouldn’t surprise Kenyans.

Premium Tears As Diamond Losses The BET Award To This Artist

Diamond’s Exes, Wema And Zari Engage In An Online War. Who...