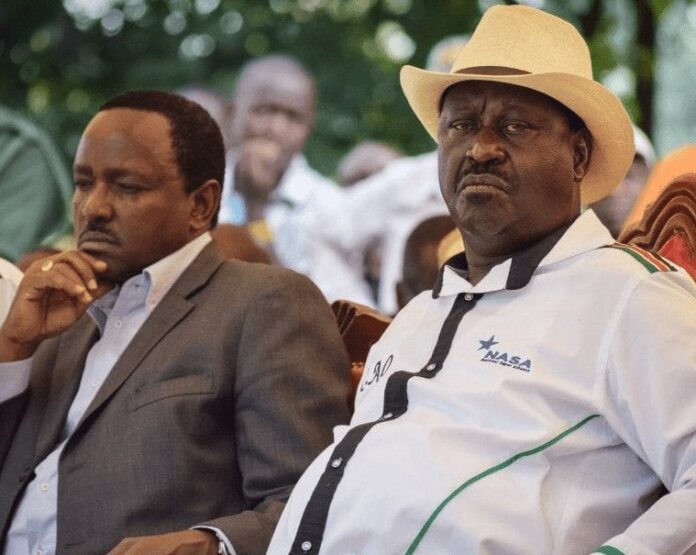 Wiper leaders has told Orange Democratic Movement (ODM) party leader Raila Odinga to step away from his pact with President Uhuru Kenyatta, if he truly feels that she handshake won’t hold and give way for Kalonzo Musyoka whom is said to be ready to work with the Head of State.

According to the Kalonzo’s allies, Raila should quit the handshake deal and stop issuing threats to President Kenyatta who has accommodated him in government since the pact in 2018.

Led by Kitui County Senator Enoch Wambua, the leaders who spoke at a fundraising event at ATG  Church in Mlolongo on Sunday, said Wiper is ready to cooperate with the Jubilee government if ODM quits.

“If I invite you to my house, you should not come and start dictating to me how I should cook my food, how I should do my things…that will not be possible. If ODM is not satisfied with the terms and conditions of the handshake, let them quit,” said Senator Wambua. 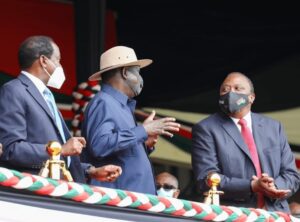 Mr. Wambua added that his Wiper party leader Kalonzo Musyoka is not waiting for endorsement from anyone in order to vie for the presidency in 2022. Mavoko Member of Parliament Patrick Makau, who hosted the team which also campaigned for Machakos Wiper party Senatorial candidate Agnes Kavindu Muthama, said he was happy about President Kenyatta reportedly warming up to Kalonzo as his possible successor in 2022.

“We have even seen Uhuru telling Kalonzo to come closer as he too could become something,” said Makau.

Angry Netizens Gang Up Against Rev. Lucy Natasha After She Took...