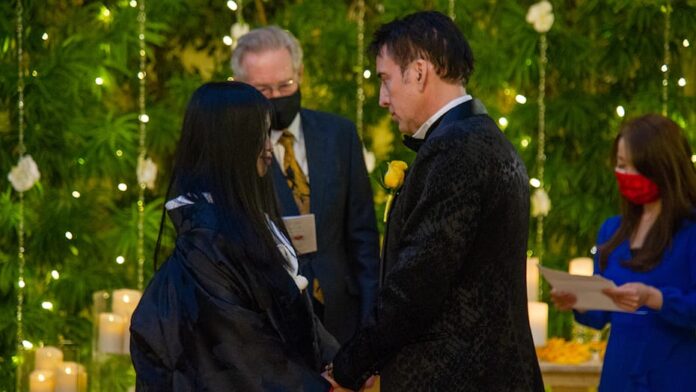 Famous actor Nicolas Cage married for the fifth time during a ceremony at the famous Wynn casino and hotel in Las Vegas last night. Cage, 56, married Riko Shibata who is only 26 years according to the Nevada marriage certificate obtained by The Daily Mail News. Cage was previously married to one Patricia Arquette, Lisa Marie Presley, Alice Kim, and Erika Koike.

“It’ s true, and we are very much happy, ” Cage posted on his social media platforms. The wedding was quite a ” very small and intimate wedding at the Wynn Hotel in Las Vegas, Carlifonia ” his representative added. 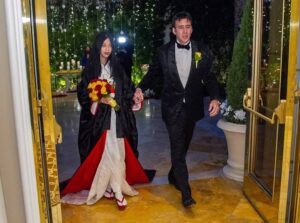 They held the marriage ceremony to mark the birthday of Cage’ s late father. They walked down the aisle to Shibata’ s loved and favorite song, ” Winter Song” by Kiroro. She wore a beautiful Japanese bridal kimono made in Kyoto.

Shibata is only 30 years younger than Cage and has taken his last name, according to the written marriage certificate. The document reveals that Cage and Riko applied for the wedding license early on January 10, Shibata’ s 26th birthday.

She is only shockingly four years younger than Cage’ s eldest son, Weston Cage, whom he shares with actress Christina Fulton. Cage and Kim are also parents to one Kal- El Cage, who was born in the year 2005. Cage met Shibata while in Shiga, Japan over two year ago.
This is Shibata’ s first marriage ceremony.

Cage announced their engagement during an appearance on the most listened brother Marc Coppola’ s radio show in the month of August, notes the Daily Mail. He said the two spent seven months apart last year during the start of the coronavirus pandemic, as she went back to Japan.

The two got engaged over FaceTime, Cage explained this happily. ” We are really very happy together and we’ re really excited to spend that time together so I finally just said to her, ‘ Look, I wanna marry you’ ‘ and we got engaged on the FaceTime app, “Cage explained to Coppola. ” I got her a beautiful black diamond engagement ring.

Her favorite color is black so she wanted the black gold and the expensive black diamond. ” Cage had the ring customized and sent it to Shibata via FedEx company.