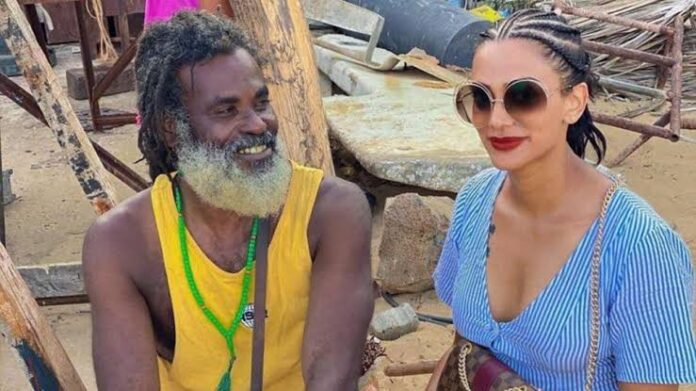 The famous daughter of Kisumu Governor, Lupita Nyong’o is on a special visit to his homeland of Kenya.

The Hollywood actress started her month long vacation at Lamu Island. Lupita posted pictures of herself on Instagram saying ‘ Lamu ni Tamu’ and this is how many Kenyans came to learn that she was in the country.

However, many Kenyans were not comfortable with Lupita’ s visit to the coast of Lamu as they started saying that she might stumble upon Omar Lali and fall victim to his handsome charm. 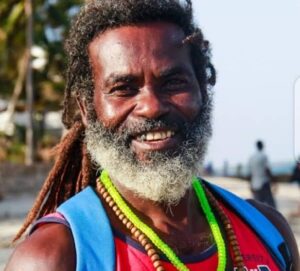 Kenyans online warned Ms. Lupita Nyong’ o to trade carefully at the coast and not fall for the charm of Omar Lali who has been accused of defrauding many rich women.
Now, a picture has emerged of Lupita Nyong’ o and one of Omar Lali’ s closest friends called Umra Omar.

The 12- years as a slave actor shared photos of the two of them on a boat with a short caption reading, ” Keeping good company. ” This has sent an alarm to many Kenyans who have speculated that Lupita might have met Mr Omar through Umra.

The alarm was first raised by famous blogger Robert Alai, who gave screenshots of proof that the lady seen with Lupita was Omar’ s great friend. 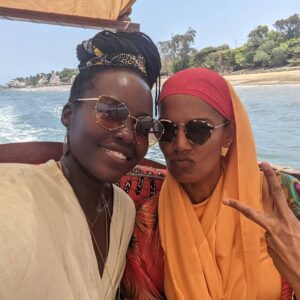 The lady was spotted with Omar Lali just months after the death of famous Keroche breweries heiress, Tecra Migai who died in the hands of a beach boy in Lamu’s coast.

Since the sad death of Tecra, Omar has not only been seen hanging around with Umra, but other young beautiful girls whom he has denied having a romantic relationship with them.

The Keroche family has accused Lali of being the mastermind behind Tecra’ s death, saying that he was only close to her because of her large sums of cash.

Harmonize In Tears As He Apologizes To His Ex Wife