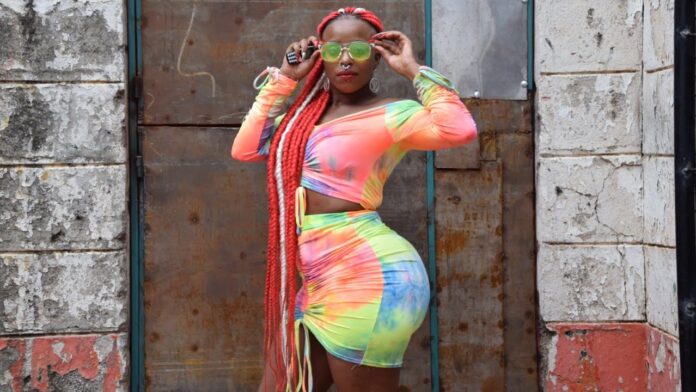 Upcoming controversial socialite Manzi Wa Kibera whose real name is  Wambui Sharifa Waweru, has come out to defend her own self, after getting trolled on social media platforms, during the just ended wife material show that was unfortunately suspended, that she used to rewind her own clothes and wig.

Speaking on an one on one interview with celebrity Mungai Eve, Manzi Wa Kibera came out openly from the bottom of her own heart and said that she really felt truly  bad when many Kenyans were trolling her on social media platforms, without truly knowing, what she was really going through and why she used to rewind her own clothes.

Manzi Wa Kibera said that, she only has one colorful wig, and the few clothes we were seeing her wearing during the show, were the only best clothes in her entire closets, hence she had no option but just to rewind them each and every day of the show. 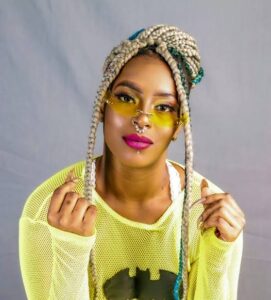 She also revealed to us that she is going through mental depression, and wife material show was the only hope in her own life, hence when it was cancelled by Mr. Mutua, it really hit her and made her to loose hope in her dear life. She also pleaded with many rich well wishers to come out and support her life, and she even gave out her own phone number on live interview with YouTube host Eve Mungai.

Please if you have something you can truly support her the phone number is on the above on the screenshot. In the land of Kenya you can be very famous but also very broke, she isn’ t the first one we know of. We pray that God may dearly help her for being real and accepting her own lifestyle.

She will hopefully one time hit the news as the top grossing celebrity in Kenya.